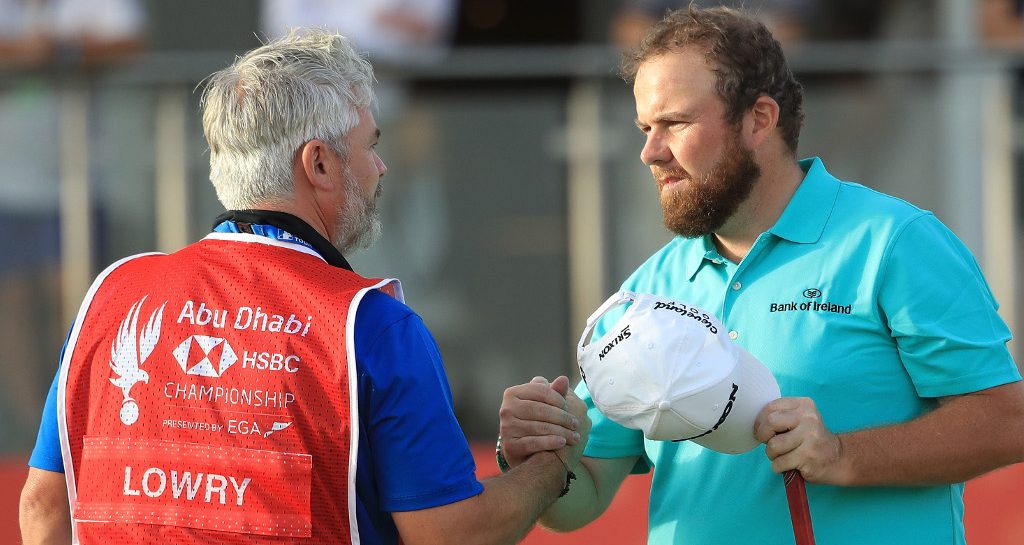 Shane Lowry stands on the brink of a big victory after taking a three-shot lead into the final round of the Abu Dhabi HSBC Championship.

The 31-year-old Irishman grabbed the lead on the first day thanks to a stellar 62, managed to hold onto it thanks to battling 70 on Thursday, and now leads by three shots heading into Saturday after a well-played 67 in the third round.

Lowry picked up seven more birdies on Friday while dropping only two strokes for his five-under-par 67 and 17-under-par total.

With none of his closest rivals able to make a big move, that was good enough to see Lowry re-establish the three-shot lead he’d earned after his first-round heroics.

Leader by 3.
Third round 67.
Posing for pictures.

Shane Lowry can do no wrong at the moment. pic.twitter.com/v4z2EcrnxW

“I felt very comfortable out there today and I’m very happy with that, very excited about tomorrow,” Lowry said.

“Obviously I’m in a great position. It’s been a while since I’ve been up having a lead going into Sunday. I’ll enjoy it, have a nice dinner tonight and get ready and give it my best tomorrow and see what happens.

“We’re in a world-class field here this week so I know they are going to come out firing tomorrow.

“So I need to stay aggressive and try to make as many birdies as I can and see where that leaves me on the 18th green.”

South African Richard Sterne is Lowry’s nearest challenger on 14 under following his third-round 69, while Ian Poulter (69) finished his round with an eagle to head into the final day in third place on 12 under.

Spaniard Pablo Larrazabal follows a further shot back in fourth after a 68, followed by a four-way tie for fifth place between Scott Jamieson, Soren Kjeldsen, Maximilian Kieffer and Thomas Pieters.

Lee Westwood and World No 2 Brooks Koepka are part of a three-way tie for ninth place on nine under alongside Paul Waring.

Westwood would have been hoping to apply some pressure on Lowry at the top after playing himself into contention on Thursday, but a one-over 73 wasn’t what the doctor ordered.

Koepka, meanwhile, was solid enough with his 70, but the American needed more to force the issue. At eight shots back, Westwood and Koepka’s chances are probably gone.

Louis Oosthuizen was another player who disappointed on Friday, starting the day in a tie for second but ending it nine shots back after a disappointing 75.

World No 3 Dustin Johnson also failed to make a significant move as a level-par 72 left him stranded on four under.