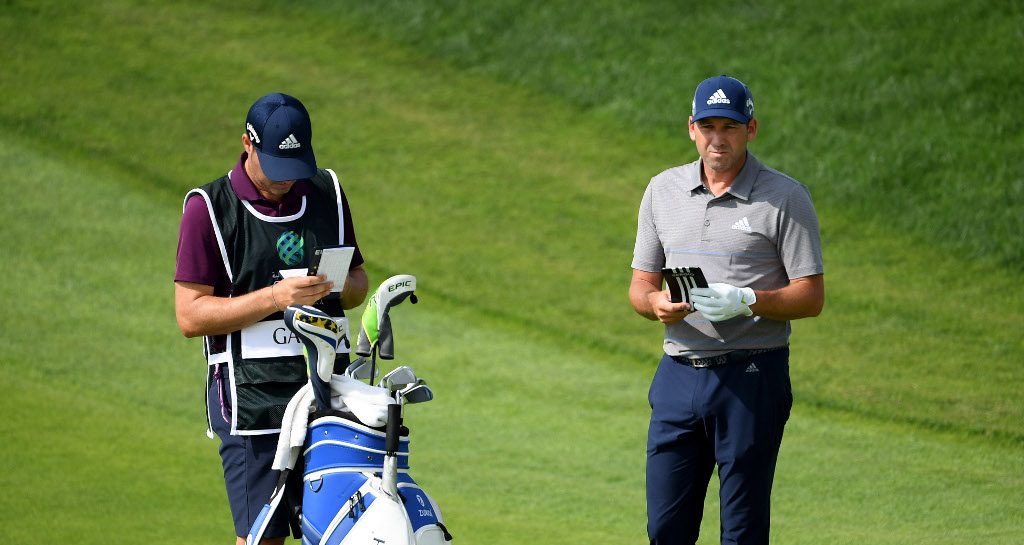 Sergio Garcia was disqualified from the Saudi International on Saturday after admitting to conduct unbecoming of a professional.

Garcia admitted to damaging several greens on Royal Greens Golf and Country Club in frustration during the round.

He was disqualified under Rule 1.2a for committing a serious breach of the Rules of Golf.

In a statement, Garcia said: “I respect the decision of my disqualification. In frustration, I damaged a couple of greens, for which I apologize for, and I have informed my fellow players it will never happen again.”

Footage did not appear to pick up Garcia damaging the greens in question, although he was spotted losing his cool during Friday’s second round when he received a particularly bad lie in a bunker on the par-5 fourth.

“How can you rake the bunkers so badly?!” he exclaimed.

It seemed his frustration carried over to Saturday’s third round, before ultimately costing him his place in the tournament.