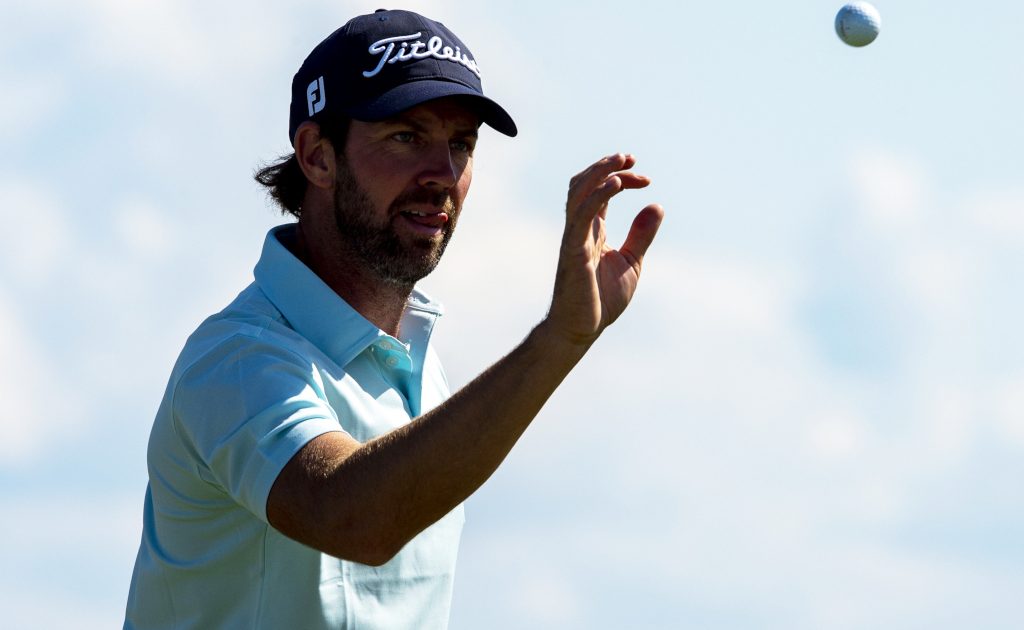 Scott Jamieson reaped the benefits of avoiding an annual winter overhaul to claim a one-shot lead after the opening round of the Abu Dhabi HSBC Championship.

The Scot carded nine birdies in a bogey-free 63 to establish a new course record at Yas Links, where Rory McIlroy and Collin Morikawa surprisingly missed out on a day of low scoring.

McIlroy bogeyed his final two holes to shoot 72 and world number two Morikawa made a double bogey on the eighth in his 73, leaving the pre-tournament favourites with a mountain to climb given the forecast for wind gusts up to 35mph on Friday.

In contrast, Jamieson produced a flawless round to finish a shot clear of Norway’s Viktor Hovland, with Belgium’s Thomas Pieters on seven under and defending champion Tyrrell Hatton part of a five-strong group another stroke back which included Ryder Cup team-mate Ian Poulter.

“I just played really solid all day to be honest,” said Jamieson, whose sole DP World Tour title to date came in December 2012 in a tournament reduced to 36 holes.

“It’s eight weeks off from tournament golf out here so you’re always a little bit on edge at the start of the day, but birdie at the first kind of settled any edge there was and it was just really solid all day. One tee shot wasn’t very good but I got lucky and recovered well.

“This is the first off-season I haven’t actually peeled the skin back and try to figure out how to get better. Felt like the game was in a good place finishing in Dubai (in November) and just missed out on a top 10 there.

“I’ve been driving it a lot better the last few events of the year last year so I was pretty comfortable where my game was. I just had to hope that it turned up again eight weeks later.”

The tie for 13th in the AVIV Dubai Championship meant Jamieson finished 108th on the Race to Dubai last year and the Florida-based 38-year-old knows the importance of getting off to a good start in back-to-back Rolex Series events in Abu Dhabi and Dubai.

“When I started practising a couple of weeks ago I kept telling myself that you have to hit the ground running here because it could ultimately dictate how your season goes,” he added.

“If you miss the first two cuts of the year, then all of a sudden you feel like you’re miles behind because there’s such a great prize the first couple of events.”

Hatton had spoken on Wednesday of struggling with motivation and “going through the motions in practice”, but that did not look to be the case as the world number 22 returned a bogey-free 66.

“I’m quite surprised how I scored today,” Hatton admitted. “It didn’t actually feel like I played that well, I just scored really well.

“Everyone should really be coming into the new year without high expectations purely because you don’t know where your game is at because you haven’t played any tournament golf for a while. I don’t think it’s a bad thing. Sometimes it helps.”

Poulter had threatened to challenge Jamieson’s lead when he birdied five of the first six holes and reached eight under with four to play, but double bogeyed the 16th after pulling his approach into the water.

“I started off the round really nicely. I hit great golf shots. I feel rested,” said Poulter, who celebrated his 46th birthday earlier this month.

“I’ve got a really busy schedule coming up. I’m playing seven of the first eight weeks and I’m not in the Masters, and that’s really annoying. I should have had that done at the back end of last year where I was lying top 10 in a tournament and missed the cut. That was terrible.

“I was tired. I needed a break. I’ve come back, I feel fresh and I’m going to need to stay fresh to obviously give myself a chance to play well early April.”