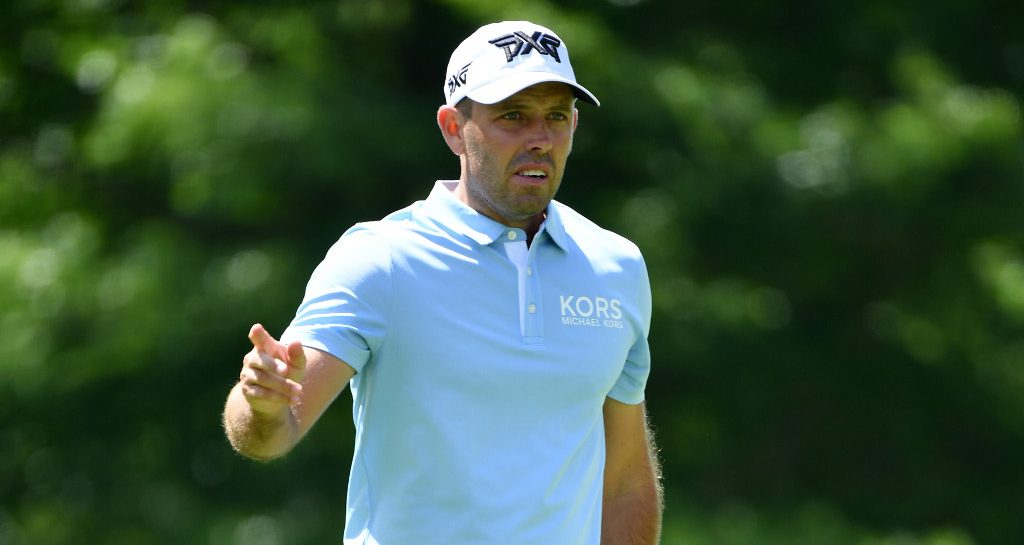 Charl Schwartzel will take a one-shot lead into the weekend at the South African after shooting a scintillating 63 on Friday.

The 2011 Masters champion started the day five shots back, but ended it one in in front after firing six birdies and an eagle (thanks to a a hole-out from the fairway) in an eight-under-par round on the Bushwillow course, one of two layouts being used for this week’s event at Randburg Golf Club.

Schwartzel lies on 12 under par, one shot clear of Zambia’s Madalitso Muthiya, a former winner on the local Sunshine Tour who continued his excellent progress by following up an opening 63 at Bushwillow with another rock-solid 68 on the tougher Firethorn course.

Muthiya is currently ranked outside the world’s top 1000, but victory on Sunday would certainly change that.

Lying a shot further back in a tie for third are American Kurt Kitayama (69), last week’s winner in Mauritius, and South African duo Zander Lombard (68) and Louis Oosthuizen.

Oosthuizen started the day with a one-shot lead after his stellar opening 63, but a second-round 70 wasn’t enough to hold on to top spot.

Jbe Kruger (67) and Mark Williams (68) lie three shots back on nine under, while two of the highest ranked players in the field – Branden Grace and Matt Wallace – share eighth place a further shot back.

Leader Schwartzel has claimed eight of his European Tour victories on home soil, but like Oosthuizen, victory at his national Open still eludes him.

He’d dearly love to change that, but knows there’s a lot of golf to be played, and he’s mindful of the fact that he hasn’t won anywhere in the world since 2016.

“I still can’t figure out why I’m not getting the performances I need, even after that round. I’ve had a few tournaments where I’ve played well like this, so I’m not going to talk too much yet,” said Schwartzel.

“There’s lots of golf to play. All I know is I’m playing well. I’m driving the ball well and I haven’t been doing that consistently.”