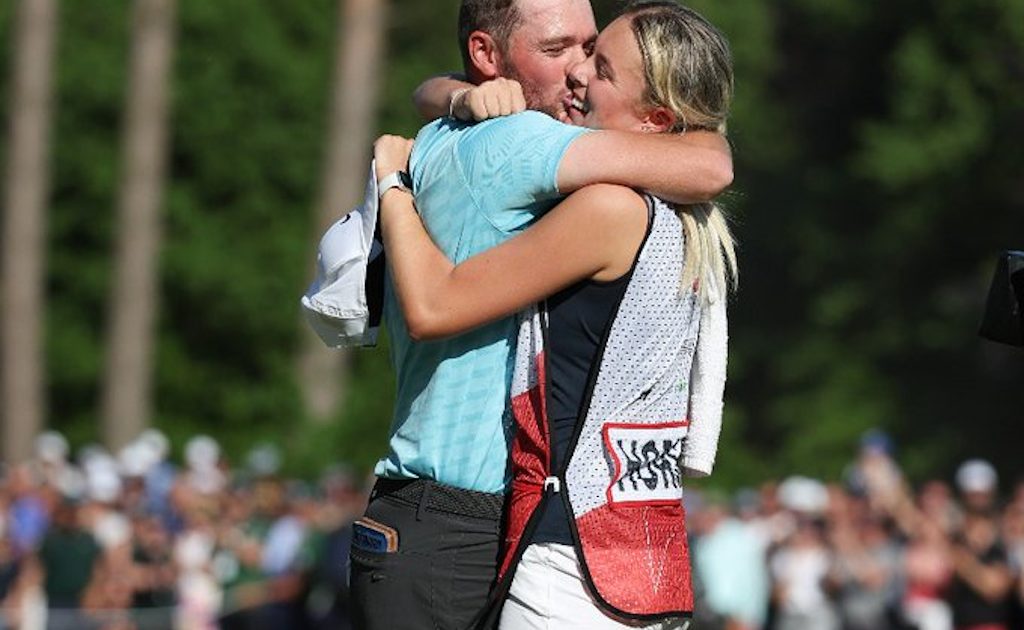 Horsfield overcame overnight leader Ryan Fox in a thrilling final-round battle, carding four birdies and a solitary bogey in a closing 68 to finish the tournament on 13 under par.

The Englishman found himself with serious work to do after pars at the opening six holes left him three shots behind playing partner Fox, but a birdie putt from around 33 feet at the seventh kick-started Horsfield’s round.

After closing the gap further at the start of the back nine, Horsfield found himself out in front for the first time when Fox bogeyed the 16th.

With both men making birdies at the 17th, Horsfield took a one-shot lead to the 18th and a par there was enough to secure a two-shot victory.

Horsfield, who had his partner on the bag this week, was fighting back the tears as he completed his round.

He told Sky Sports: “I was trying not to cry while I was over that little tap-in (at the 18th). Having Issi on the bag, it’s been an amazing week.

“I definitely thought about Mick quite a lot. Especially on the back nine, I pulled a few clubs that he definitely would have wanted me to hit.

“Issi has been amazing. I’ve been so happy on the golf course. It’s just like golf’s sort of got in the way this week, until a little bit there on the back nine.

“But we’ve had an amazing week and I’m just so happy that she was here to enjoy this.

“I feel like I’ve been playing really good for a while but haven’t really been able to put four rounds together.

“This week I played solid all week and next week the US PGA, I’m really looking forward to it and definitely the summer ahead.”

Fox and Yannik Paul finished in a tie for second on 11 under par.