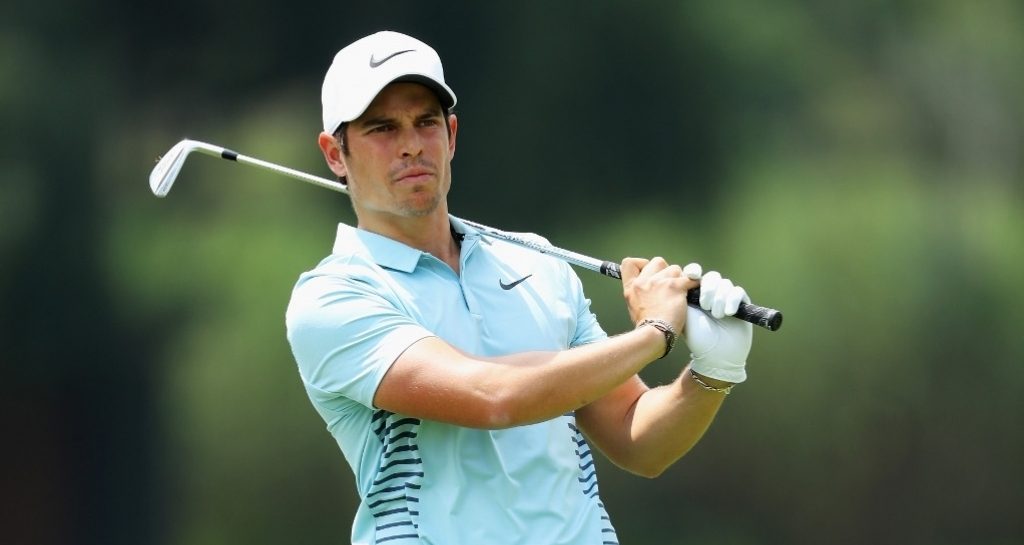 France’s Adrien Saddier fired the round of the tournament so far on Friday as his course-record equalling nine-under-par 63 catapulted him into a share of the halfway lead of the BMW SA Open.

Seven birdies and an eagle around the testing Glendower Golf Club saw him join England’s Chris Paisley at 13-under-par, and the pair had a comfortable four-stroke edge over the leading South African, Jacques Kruyswijk, who shot a five-under 67 to move to nine-under for the tournament.

Saddier, who started on the 10th hole, finished on the front nine, making birdie-eagle-birdie. “The finish was awesome, I started very well,” he said. “It was quite slow but after I made three birdies in a row on 15, 16 and 17, it was quite good.

“I had a long putt at seven, and eagle on the eighth and a good solid putt on the ninth, so yeah, I’m quite happy with this round.”

He has just graduated from the European Challenge Tour, so he’s wide-eyed about the position in which he finds himself. “I have only led once before and I won once on the Challenge Tour so I have little experience of leading a tournament,” he said.

“Yesterday I asked for a selfie with Ernie Els because he was my idol when I was young, so yes, it’s quite nice to play with guys like Ernie, Retief (Goosen).”

Paisley went one better than his first-round 66, making six birdies and a bogey on his closing nine to surge to the top of the leaderboard. “At the moment it’s weird, I feel like I didn’t play amazing but then, looking back, I hit a lot of good shots and holed a lot of good putts, so I’m delighted,” he said.

Sealed with a kiss 💏

“I tried not to do any crazy attacking, just tried to do the same things I did yesterday. It’s quite easy when you have had a good round, the next day, to be a little bit more defensive and try to protect your position a bit. I made that mistake a few times so I kind of decided not to do that.”

Kruyswijk, the current Cape Town Open champion, characteristically took the course on, and it has put him in a good position going into the weekend. “I was a bit rusty with the driver on my front nine today and I missed a couple of fairways,” he said. “I just said to my caddie, ‘Listen, let’s just relax and hit in the fairway, just bomb it down the middle,’ and my driver just rose to the occasion and I hit a couple of really long drives straight down the middle and it set up for good scoring.”

Behind the leaders, Retief Goosen rolled back the years as he raced all the way to 10-under-par heading up the 18th fairway. He’d made six birdies, an eagle and a bogey up to that point, but a horrible pair of fluffed chips and two putts on 18 saw him slip back to eight-under – still good enough for a share of fourth with Zimbabwe’s Scott Vincent, American Chase Koepka and tournament favourite Branden Grace.

Tournament host Els made the cut, reaching the halfway mark in three-under, while defending champion Storm missed out. Former SA Open champions Richard Sterne, James Kingston, Andy Sullivan and Hennie Otto all made it to the weekend, while notables to miss out included Dean Burmester, Brandon Stone, Haydn Porteous and Oliver Bekker.