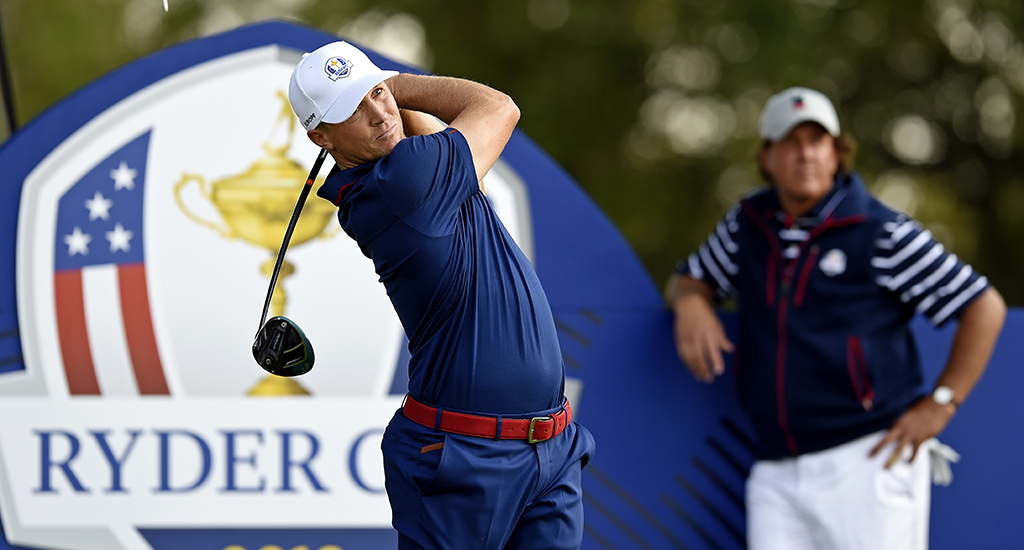 Alex Noren says he is hoping to rekindle some of his Ryder Cup magic as he returns to Le Golf National for the Amundi Open de France this week.

Noren overcame a seven shot deficit last year ti power to the title, and that was just the start of his love affair with the French course.

Three months later Noren again found himself on the 18th green at Le Golf National with the celebrations of Europe’s Ryder Cup victory already well under way, before holing a lengthy birdie putt to beat Bryson DeChambeau and set the seal on the seven-point triumph.

“That was amazing, maybe the best moment of my golfing career,” Noren said.

“I know the whole match was over but my game was still going and the coaches and the captains told us to keep going until the end of every match and it just felt great to finish my game like that.”

Speaking about his French Open victory, the 37-year-old added: “It was an amazing week. I think I just made the cut and then I had a great weekend.

“I didn’t think I was even going to get in the play-off with the score I had, I thought I had to make a long putt on the last. I just missed it but then it was really tough coming in for guys. Winning – I felt very fortunate.”

Noren has failed to record a top-10 finish in 22 tournaments this season but was 15th in the Dunhill Links Championship recently and believes there is light at the end of the tunnel.

“It feels a little better, I’ve played decent the last few weeks,” he added. “I haven’t had the season I want to but it’s definitely getting better and it’s going in the right direction. A win would be very nice but I’ve just got to play as hard as I can.”

Noren, who reached a career-high of eighth in the world after winning the 2017 BMW PGA Championship, has slipped to 53rd but is still the highest-ranked player in a field which features just five other players in the top 100.

The tournament is no longer part of the European Tour’s lucrative Rolex Series and has seen its prize fund fall from £5.46million to £1.38million, while also moving from the end of June to mid October.