Rumford two ahead in Perth 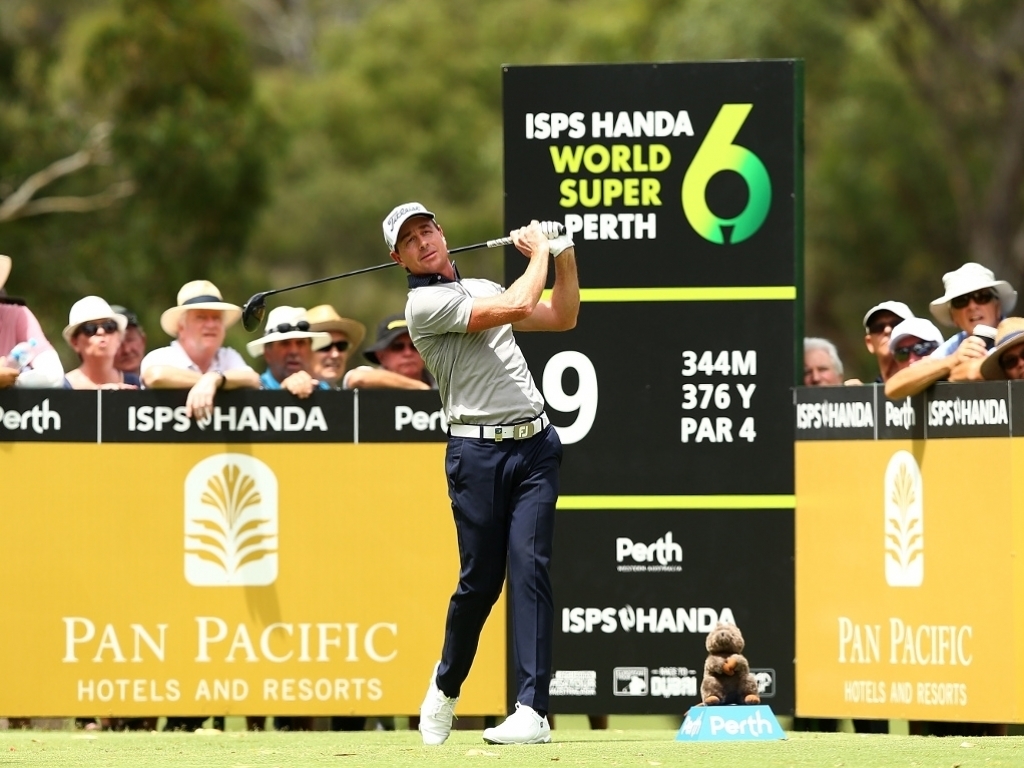 Australian star Brett Rumford has a two stroke lead after the opening round of the ISPS HANDA World Super 6 on Thursday.

Rumford, the defending champion, picked his way around the Lake Karrinyup Country Club to card an opening eight under 64, enough for a two shot lead over fellow countryman James Nitties and veteran Lee Westwood.

Starting on the back nine, Rumford was off to a fast start, making birdies on five of the opening six holes before a couple more saw him make the turn in 29.

The putt that sent Rumford out in 29…

Two dropped shots in the opening three holes saw former world number one Westwood come into contention, with the duo all tied up.

But Rumford sank a 20 foot birdie chance to edge ahead and would enjoy two more gains coming home. Westwood would chip in for eagle on the par five 15th to earn his T2 after round one of the unique tournament, which will feature a six hole matchplay format amongst the top 24 players on Sunday.

Further down the leaderboard, nine payers are tied on five under, including Thai star Kiradech Aphibarnrat who started with a run of four birdies.