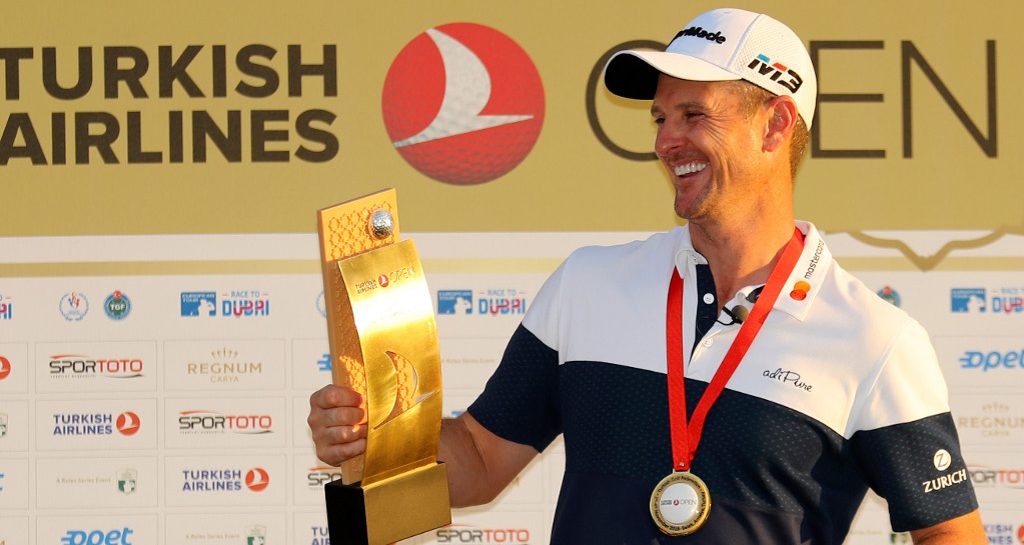 Justin Rose defeated Li Haotong in a play-off to mount his first ever successful title defence at the Turkish Airlines Open on Sunday.

Rose started the day three shots behind Li but led by two with four to play.

An incredible eagle on the 15th moved Li back level but both men dropped a shot over the last three holes to take it to a play-off at 17-under-par.

Relive every shot of the #TurkishAirlinesOpen play-off in three minutes pic.twitter.com/TNF9pLUS5L

A Li three-putt on the first trip back up the par-four last then handed Rose the victory.

“I’ve had some pressure-packed Sundays of late, dare I say, coming way with consolation prizes in a way,” Rose said afterwards.

“World Number One after losing in a play-off, finishing fourth but winning the FedExCup. I was keenly aware I wanted to get back in the winner’s circle and it was good to get it done today.

“More Majors, that’s what I’m interested in, trying to chase down as many as I can.”