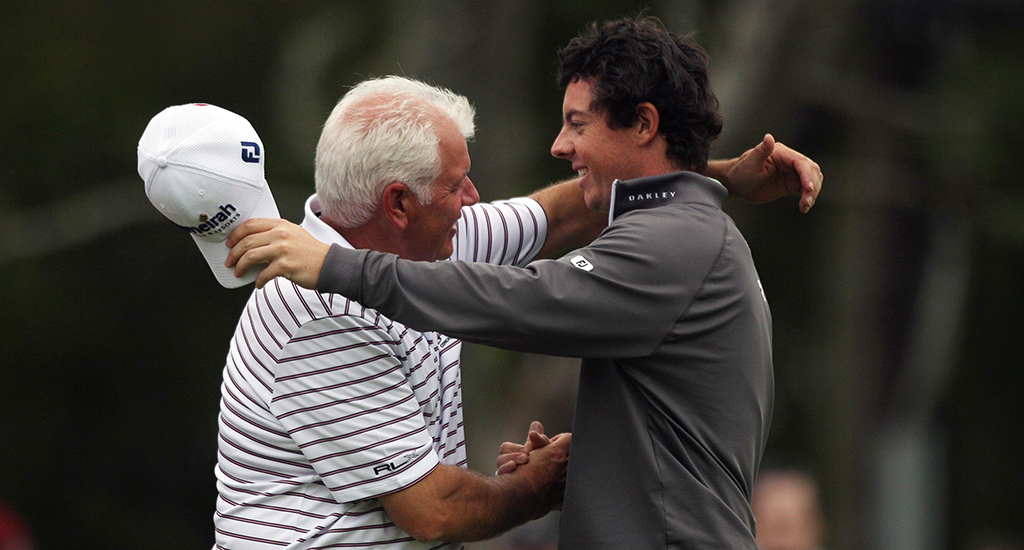 Rory McIlroy says he would rather give his dad a great time at St Andrews than claim a first professional win in Scotland.

McIlroy, recovered from a nightmare opening round at Wentworth last week at the BMW PGA Championship to register a 16th top-10 finish in 21 events this season.

He now turns his attention to playing the Pro-Am Alfred Dunhill Links Championship, but he is turning it into a family affair by teaming with his father Gerry.

“With the history that I’ve had at this tournament, from getting my Tour card in 2007 to having a few chances to win and not quite getting the job done, it obviously would be really nice to win at St Andrews at some point,” said McIlroy.

“But I’m taking the team part of it almost as serious as the individual part.

“It’s my dad’s 60th birthday next week and I said to him, ‘What do you want for your birthday?’ and he said, ‘I’d love to play the Dunhill one more time’.

“This is his birthday present. His last hurrah, I think. Hopefully we have a good week and make it to Sunday.

“Whenever he gets to play here it’s his favourite week of the year and he loves it and enjoys it and embraces it.