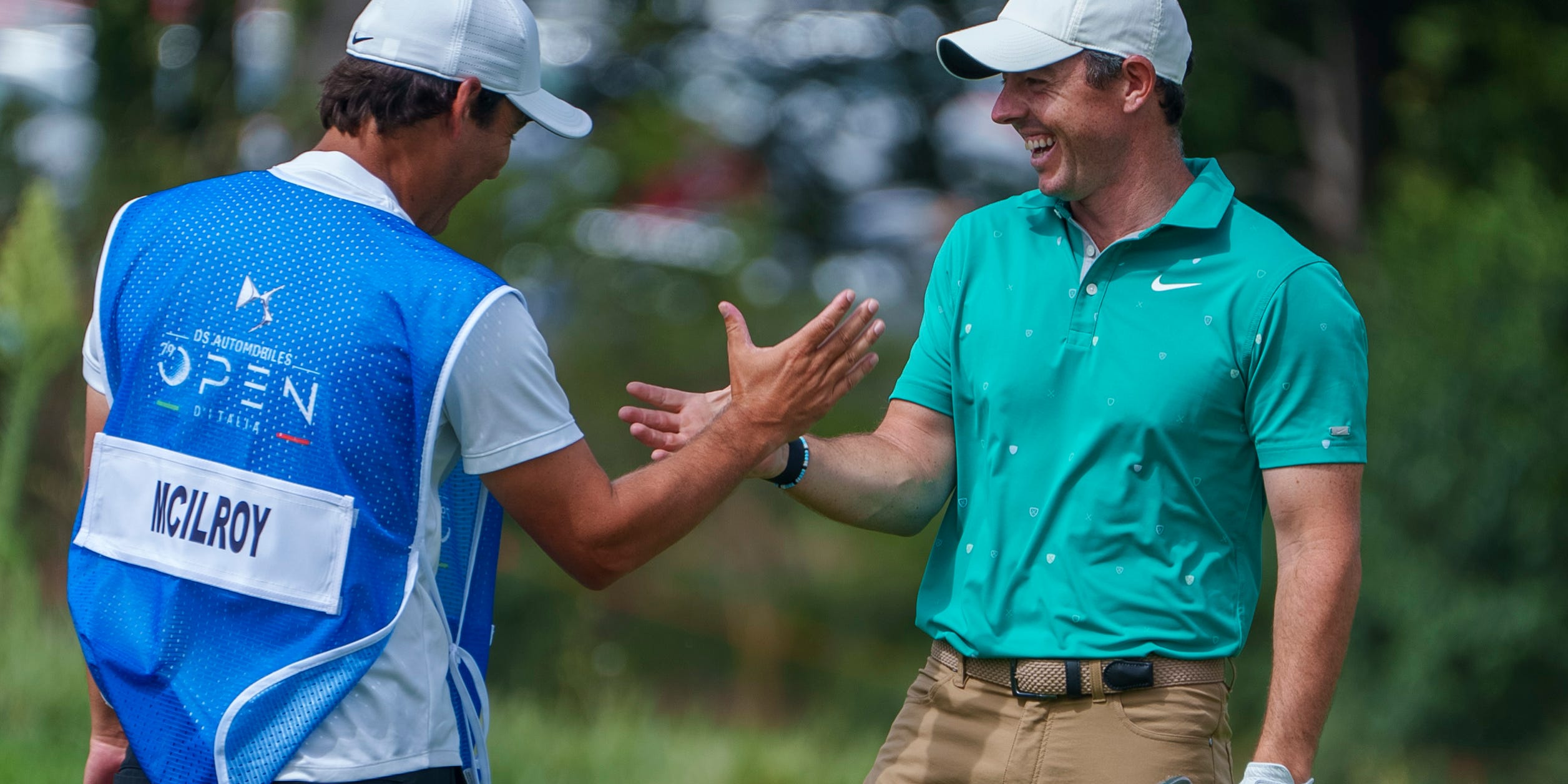 Rory McIlroy blamed a late night for his slow start before living up to his billing as the pre-tournament favourite in the DS Automobiles Italian Open.

Starting on the back nine at Marco Simone Golf and Country Club, the venue for next year’s Ryder Cup, McIlroy was one over par after eight holes and threw his ball away in frustration following a bogey on the 17th.

The four-time major winner then had to hole from 18 feet to save par on the 18th and from seven feet on the first, but kick-started his round by holing out from 115 yards for an eagle on the par-four third.

Birdies at the fifth, eighth and ninth completed an inward half of 30 and an opening four-under-par 67, leaving McIlroy a shot behind US Open champion Matt Fitzpatrick.

Fitzpatrick had completed 15 holes of his round before play was suspended for the day due to darkness, the result of an earlier one-hour delay caused by the threat of lightning.

Asked what he was thinking midway through his round, McIlroy told Sky Sports: “Probably that I shouldn’t have stayed up so late last night! I felt like I was still half asleep playing that front nine.

“That eagle obviously ignited something and sort of kick-started my round a little bit and I played some really good golf on the way in.

“I can’t complain, I played the more difficult nine well today and the easier nine not so well so probably evened out. I just need to tidy up a few things going into the next few days.”

McIlroy met with Europe captain Luke Donald and fellow likely Ryder Cup players for dinner and “team bonding” on Wednesday evening, with the topic of how to set up the course to favour the home side no doubt on the agenda.

“Stats-wise the American team are very good from 150 (yards) in, so they’re trying to set the golf course up that it’s a challenge to get your tee shots within that range,” McIlroy added.

“Even this year compared to last year some of the tee shots have been brought in, the rough’s been brought in on either side. You’ve got bunkers you can carry at 300, 310 (yards), but the angle that’s created is very tight and you’re hitting it into a smaller window.

“I think by forcing people to play more conservative off the tee helps the Europeans a little bit, I think that’s part of the strategy for next year.”

Fitzpatrick, who was part of the dinner and Ryder Cup discussion, picked up two shots on the front nine and then carded a hat-trick of birdies from the 11th to move to the top of the leaderboard, one shot ahead of an eight-strong group which included McIlroy, Eddie Pepperell and Scott Jamieson.