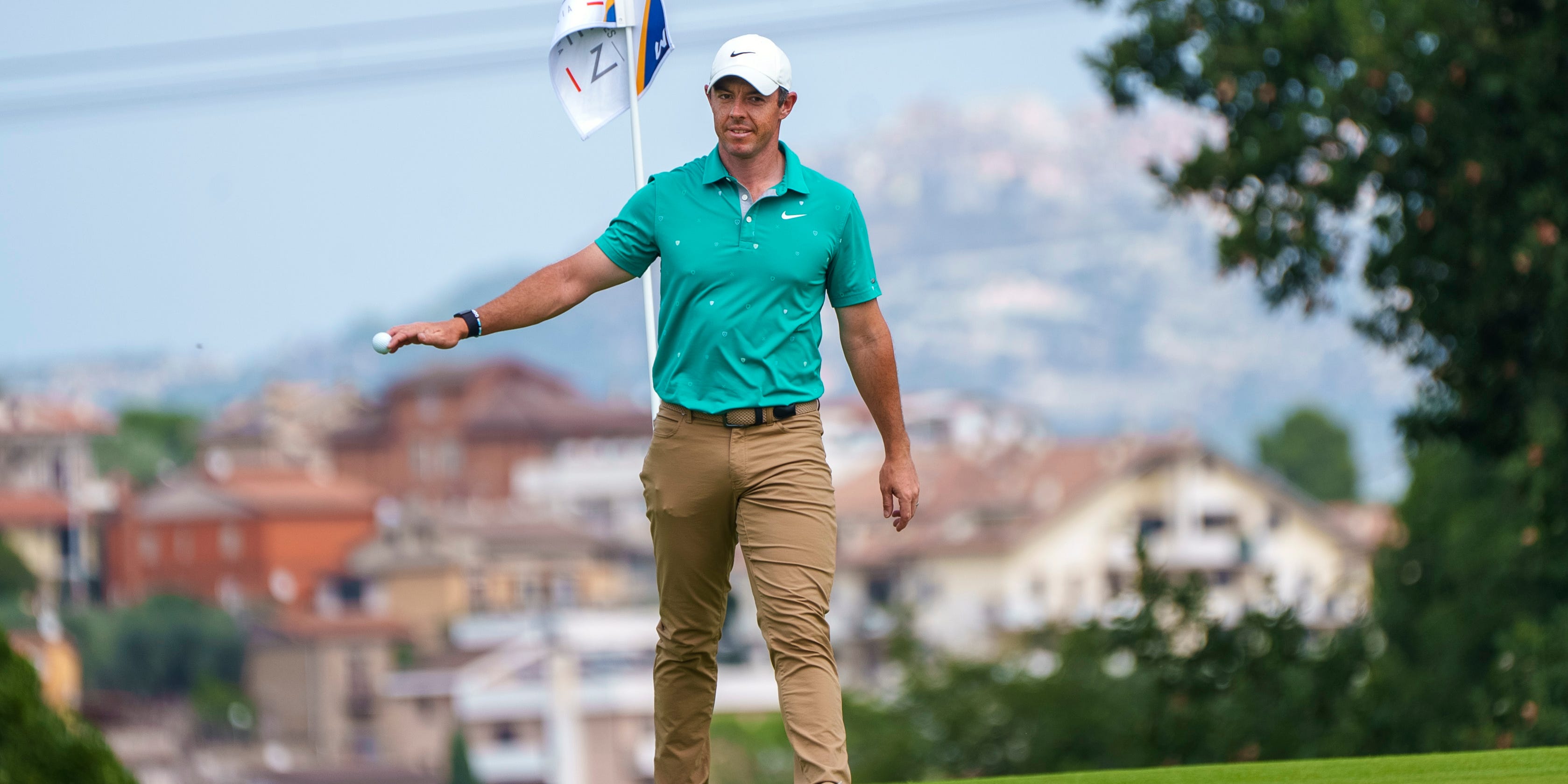 Rory McIlroy produced a sprint finish in more ways than one to snatch the halfway lead from Ryder Cup team-mate Matt Fitzpatrick in the DS Automobiles Italian Open.

McIlroy’s group looked unlikely to complete their second rounds after taking three hours to play nine holes, but covered the back nine in two hours and 15 minutes to finish in near-darkness at Marco Simone Golf and Country Club.

Former Open champion Francesco Molinari even ran from the 17th green to the 18th tee to ensure the group avoided an early return to the course on Saturday morning, with play suspended just two minutes later.

McIlroy birdied the 16th and 18th to complete an eventful 66 containing an eagle, six birdies and three bogeys, a halfway total of nine under par giving the world number two a one-shot lead over US Open champion Fitzpatrick.

“Probably saved myself about three hours in bed tomorrow after getting done so happy about that and obviously looking forward to the weekend now,” McIlroy said.

“I shortsided myself a couple of times today and was able to play some good shots to get myself out of it and holed the putts afterwards.

“Fitz has had an unbelievable year, (winning) his first major championship and he’s really matured into one of the best players in the world. I’m looking forward to going up against him here over the weekend.”

Fitzpatrick had to complete the final three holes of his first round on Friday following Thursday’s weather delay and made two birdies and one bogey to complete an opening 65.

The world number 11 then started his second round on the back nine and bogeyed the 10th, but followed that with five straight birdies to open up a four-shot lead.

However, Fitzpatrick dropped shots on the 16th and 17th and made his first par of the day on the 18th, before covering the front nine in level par with two birdies and two bogeys for a 69.

“Pretty inconsistent really,” was how Fitzpatrick summed up his day.

“I’ve played some really good stuff, (made) some sloppy mistakes which was obviously disappointing but plenty of birdies, which was always a positive. Going into the weekend in the position I’m in, I’m very happy.”

England’s Tom Lewis and Tyrrell Hatton both shot 65 to lie seven and five under par respectively.

Ryder Cup captain Luke Donald, who will lead Europe’s bid to regain the trophy at the same venue next year, is also five under following a 68 which included a two-shot penalty for playing the wrong ball.

Donald was three under par for the day when the incident occurred on his seventh hole of the day, leading to a triple-bogey seven.

“I did something I don’t think I’ve ever done in golf,” the former world number one explained. “I hit the wrong ball on 16 which was frustrating.

“I hit a poor tee shot left in the rough. The spotter kind of went straight to the ball and I just assumed it was mine and mine was a few feet left of it. It was a costly seven.”