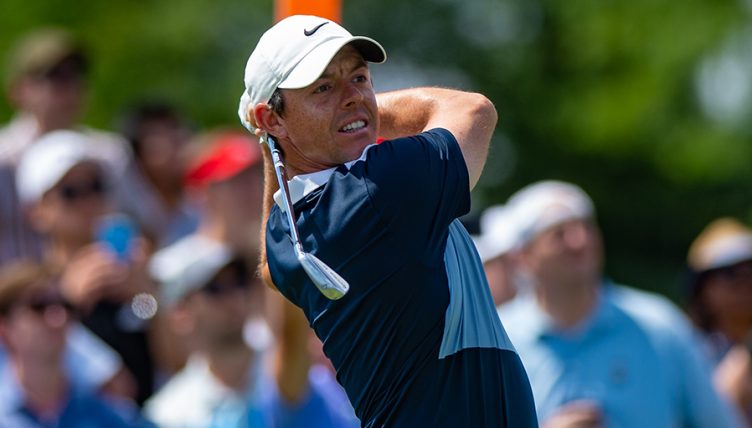 Rory McIlroy returns to the Eurpoean Tour this week for the BMW PGA Championship, but he had to drag himself off his sofa to do it.

The Northern Irishman has had a fine season and starts as the favourite to add another title to his haul at Wentworth.

He may be aided by two weeks of sofa-rest, and he admits he didn’t want it to end.

“I did want some time away from the clubs, I had to drag myself off the sofa last weekend!” McIlroy told reporters.

“It was my first day back on the golf course yesterday, but the game feels good and I’m still swinging it well. I played pretty good in the practice round yesteray.

“I don’t think taking a couple of weeks off will have done me any harm.

“I feel like I can still finish the year on a very positive note, and who knows maybe win five times and then really enjoy the off-season, and then reset and go again.”

It has been a hectic schedule for McIlroy, who has played 13 tornments in 16 weeks since June due to the new condensed schedule with the majors now all played close together.

“It’s been quite tough,” McIlroy admitted. I’m not used to playing this amount of golf in such a short space of time. Some 13 tournaments in a 16-week stretch, it’s tough.

“I guess it’s always going to be congested in this part of the year, and that’s why I needed those two weeks on the sofa!”