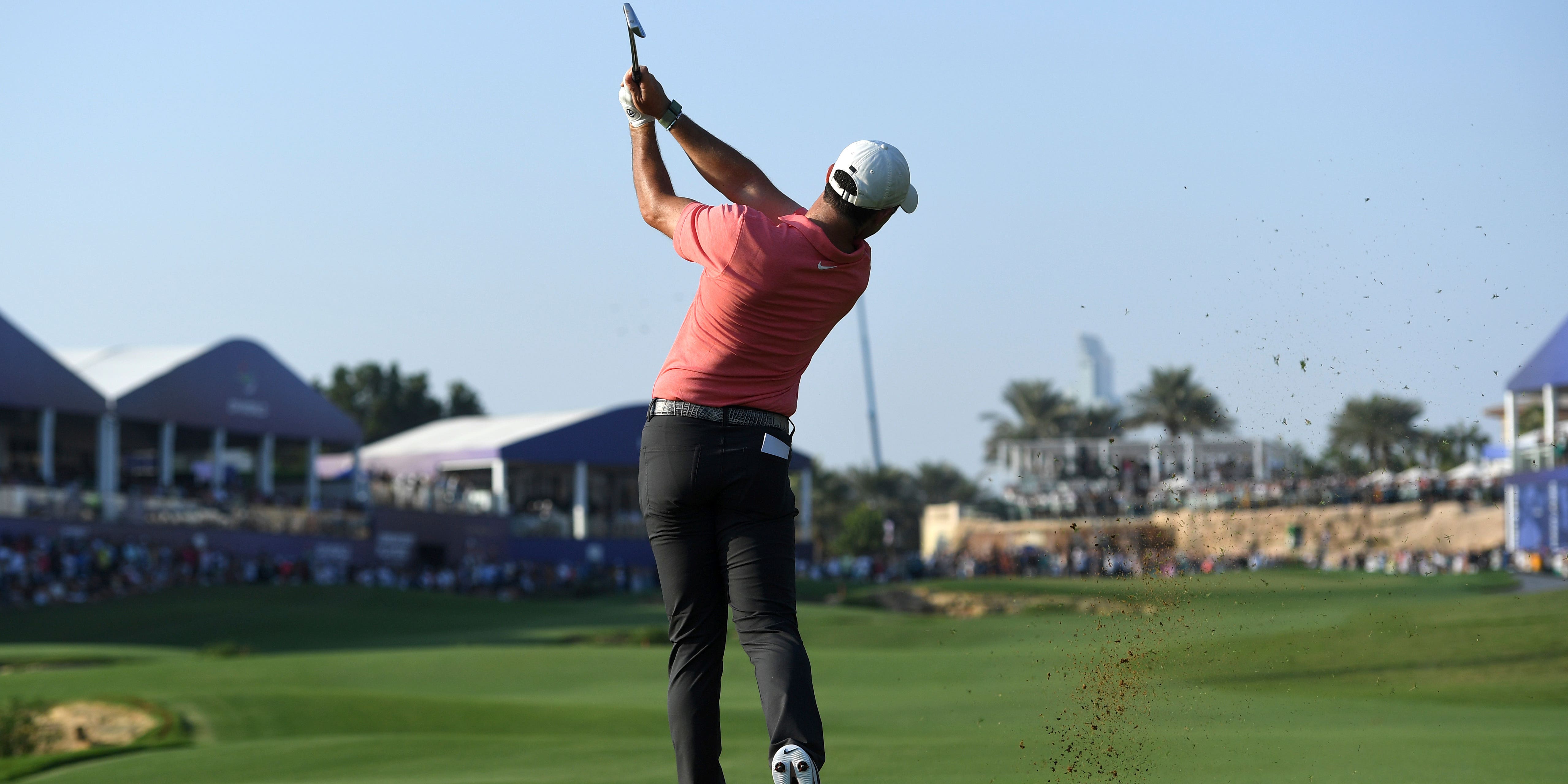 Rory McIlroy finished the year as European number one for the fourth time in his career – and first since 2015 – despite Jon Rahm winning the DP World Tour Championship in Dubai.

The Spaniard’s two-shot victory over England’s Tyrrell Hatton and Sweden’s Alex Noren was his third in six years at Jumeirah Golf Estates and worth 3million US dollars (GBP 2.5m).

But McIlroy finished the season top of the DP World rankings after Matt Fitzpatrick, his only rival for the Harry Vardon Trophy, blew up around the turn.

June’s US Open champion needed to win and McIlroy, already world number one, to not finish runner-up, or to finish second and the Northern Irishman to be outside the top seven.

But neither of those scenarios transpired as the Sheffield golfer, three off the lead playing the eighth, double-bogeyed and then dropped another shot at the 10th to end his chances.

McIlroy did not need any of the fireworks of the previous day, when he powered himself into contention with a 65, and while he could have tied Rahm on 20 under had he eagled the last he could only manage par for a 68 which included six birdies and four bogeys to finish fourth.

“I was a model of consistency throughout the year and I think my worst finish in European (DP World) Tour events was 12th at the start of the year in Abu Dhabi.

“It would have been nice to get one win in there at the end of the year but Jon played an incredible tournament and fully deserved it.”

Having achieved such consistency McIlroy will again turn his attention to ending an eight-year major drought.

“I just feel when you get to this level it is how you can make those incremental improvements to get better and my goal has been to become a more complete golfer.

“I am as complete a golfer as I’ve ever been and I hope to continue on that path.

“It has taken me seven years to get my hands back on this trophy again; it’s been eight years since I won a major.

“If I can keep playing the way I’m playing and keep these consistent levels up I will do that.”

Rahm, who became the first player to win the tournament three times, began the final day with a one-shot lead and opened with two successive birdies to double his advantage.

Fitzpatrick’s 28-foot birdie at the third got him to 15 under and within two but things started to unravel with a bogey at the short sixth and even though he immediately clawed back that dropped shot the calamitous eighth ultimately did for his hopes.

His drive landed in a deep rut in a waste area, his blast out failed to clear the rough and having flown the green and duffed his chip he two-putted from the fringe for a six.

That put him five behind and after missing the fairway at the 10th he dropped another shot and his challenge was over as he finished 13 under, seven adrift.

The only trouble McIlroy, who had three birdies and a bogey in his first four holes, had at the eighth came from the flagstick which kept out his 56ft birdie effort.

He three-putted the ninth green but was not the only one as Hatton did the same for his only bogey in a round of 66, while the Englishman could not believe he missed an 11ft eagle putt to tie the lead at the 14th.