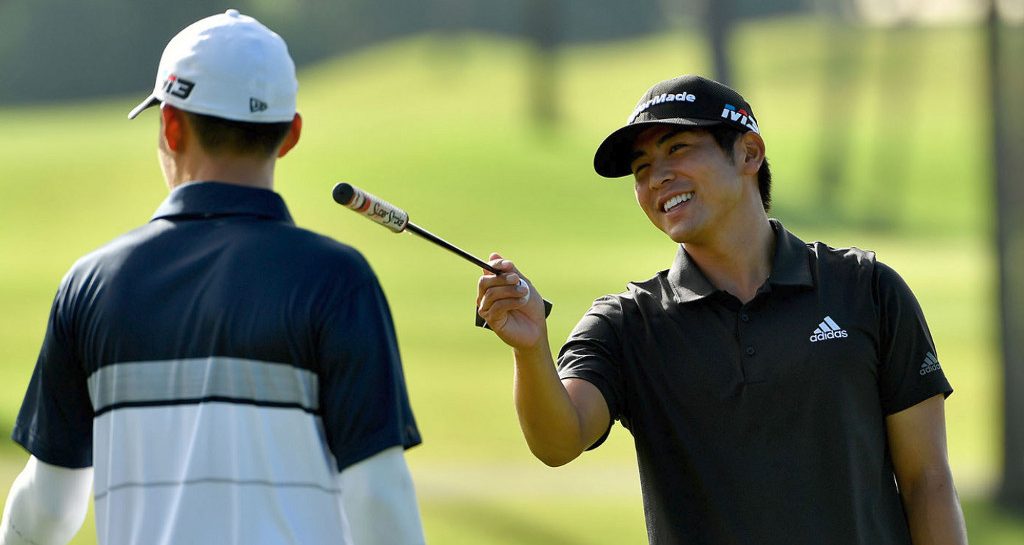 Kurt Kitayama is still a newcomer to the European Tour but can now boast two victories after winning the Oman Open in Muscat on Sunday.

After plying his trade on the Asian Tour in 2018, 26-year-old Kitayama came through all three stages of Qualifying School at the end of the year to earn his European Tour card.

It took him just three starts to secure his first victory at December’s Afrasia Bank Mauritius Open, and he now has a second after a two-under-par 70 in the final round at Al Mouj Golf saw him complete a one-stroke victory on seven-under-par 281.

The tournament’s was anyone’s for the taking on Sunday, with as many as 10 players all vying for the trophy on the back nine following a marathon day at the weather-delayed event.

Spaniard Jorge Campillo, Frenchman Clement Sordet, Paraguay’s Fabrizio Zanotti, Germany’s Maximilian Kieffer, Swede Peter Hanson and Denmark’s Joachim B Hansen – all were within one or two shots of the lead as the tournament reached its business end but couldn’t quite close the deal.

Campillo posted four birdies on the back nine to get it to six under par, but it just wasn’t enough.

Sordet and Kieffer were right in there with Kitayama but bogeys down the stretch saw them finish one back along with Campillo and Zanotti, who certainly would have won but for a triple-bogey seven at the 16th.

Hansen briefly held the lead before two bogeys on the way home saw him finish two back.

Kitayama started well with two early birdies but looked to have spoiled his chances with bogeys at the seventh and 11th holes as he erased all his good work.

But back-to-back birdies at 16 and 17 saw him get it to that magical mark of seven under, which none of his closest rivals could equal.

Kitayama’s victory is all the more impressive when you consider that he dropped as many as six strokes in the space of three holes at the start of his third round on Saturday.

Returning to complete the round on Sunday morning, Kitayama produced a remarkable comeback, playing the last 15 holes in seven under par to sign for a 71 that ultimately set him up for his final-round tilt.