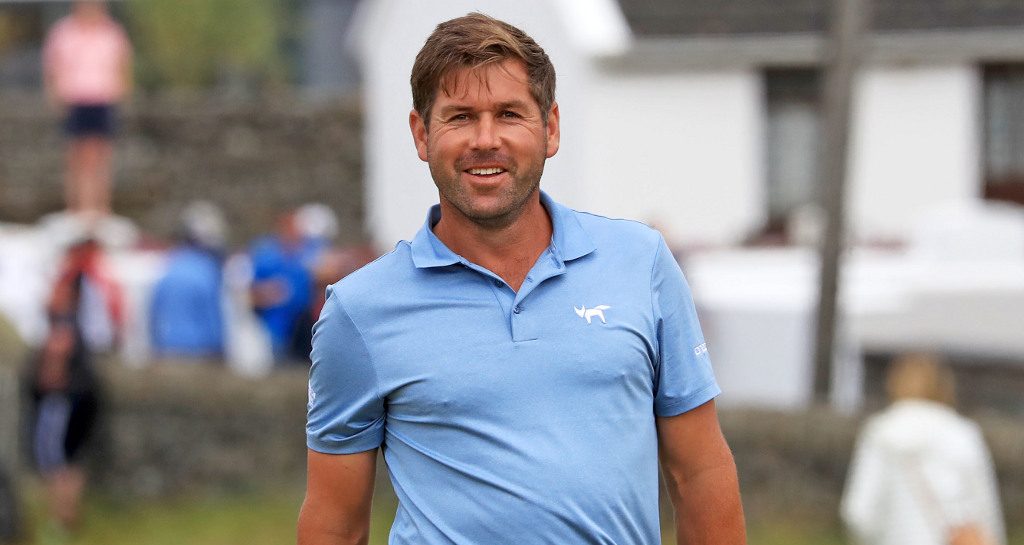 Robert Rock missed out on a magical 59 at the Irish Open on Saturday but still sailed into the lead courtesy of a stunning 10-under-par 60.

After five birdies in his opening 12 holes at the Lahinch links, Rock closed with six straight birdies, and only narrowly missed a putt from off the green on the last that would have given him a 59.

Even still, it was the lowest round of the Englishman’s career by a full three strokes, the lowest round in the history of the Irish Open, and it rocketed him 30 places up the leaderboard and into first place with 18 holes to play.

Not bad for a player who by his own admission has been “rubbish” all year.

“That’s the first chance I’ve had to do it,” he said of his potential 59. “It’s disappointing not to but 60 is a great score. It’s my best score.

“I played rubbish so far this year, so just delighted to play better. It is a good opportunity, it’s an opportunity to get my season back on track, to try to qualify for The Open and maybe have a chance to win a tournament again, which would be lovely because it’s been a long while.

“Any time you’ve got a chance to win a tournament like the Irish Open or Scottish Open, it really means something, it gives me a little extra focus,” added Rock, who famously won this event in 2009 despite losing a play-off to Shane Lowry because the home favourite was still an amateur.

“It’s hard to say it makes you play great because you can’t force that but it’s a great tournament and the people are amazing. I think the quality of the golf course is just fun to play.”

Rock lies one shot clear of Spaniard Rafa Cabrera Bello, who made a big move of his own with a 63, and England’s Eddie Pepperell, who stayed right in the hunt with a 66.

Overnight leader Zander Lombard lies two back after a 68, while Bernd Wiesberger (65) and Andy Sullivan (66) are a further stroke behind.