Record win for Ilonen on day one in Bavaria 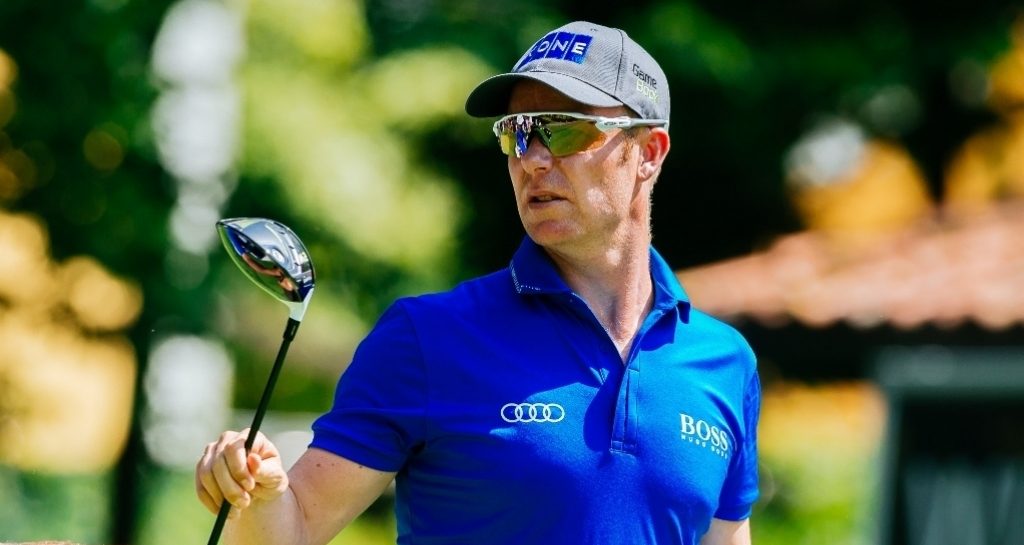 Mikko Ilonen was in ruthless form as he secured a record-breaking 8 and 7 victory over Matthieu Pavon on the opening day of the Paul Lawrie Match Play.

It was a day of firsts at Golf Resort Bad Griesbach, starting with the match between Edoardo Molinari and Robert Karlsson, which went all the way to the 24th hole – a new record for the tournament – before the Italian emerged victorious.

It's the longest match in #SEPLMP history (previously 22 holes). pic.twitter.com/mFmo7KSooI

Ilonen’s win in the afternoon, meanwhile, was the biggest margin of victory ever seen at the event.

The Finn was in unstoppable form, racing to eight under par through 11 holes thanks to six birdies and an eagle to bring the match to a hasty conclusion.

He was already four under through three holes thanks to birdies at the first and second, and a tap-in eagle at the third. Four more birdies followed in a seven-hole stretch to leave poor Pavon shell-shocked.

“It was a fast start, definitely,” he said. “I hit my three wood on the third hole to about a foot, kept the gas on the floor and I think it was eight under when I finished.

“Match play anything can happen. Even if I was three up after three I could be one down after nine, you never know how it goes. Today was my day and Matthieu didn’t get anything going.

“The game is definitely feeling better, there’s been a few changes. I’m not sure if it’s showing this week but at least it feels different so I can definitely hit better shots right now than a couple of months ago. it’s progress and it’s nice to get something going late in the summer. That’s my best golf that I’ve played for as long time.”

It was also a good day for the home contingent, as Germans Marcel Siem, Florian Fritsch, Maximilian Kieffer and Alexander Knappe all advanced to the second round.

Others to advance included Matthew Southgate, who beat Romain Wattel 3&2, and tournament host Paul Lawrie, who edged Peter Hanson on the 20th hole.