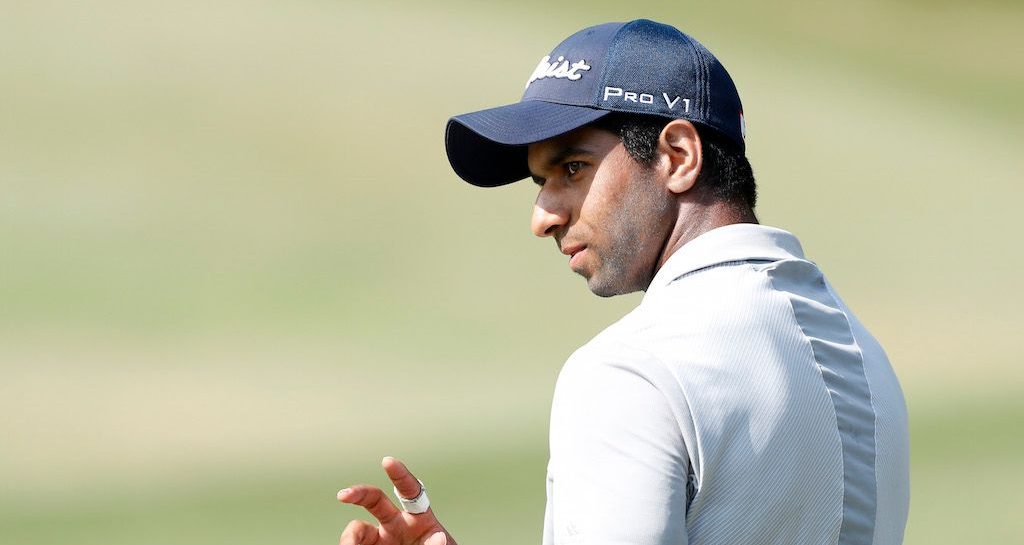 Aaron Rai produced a course-record 61 at Hong Kong Golf Club to open up a commanding four-shot lead on day two of the Honma Hong Kong Open.

On a placid morning, the scoring conditions were perfect for the early starters on Friday.

England’s Rai was quick to acknowledge the opportunity to go low and played aggressively from the start.

He made six birdies in his first nine holes before finding three more on the back nine to break the course record by two strokes and move to 14-under-par.

🎤 The tournament leader on his course-record 61.

That leaves him four shots clear of closest challenger Hyowon Park – the talented South Korean signed for an impressive bogey-free 62.

“We didn’t have much wind and, starting out pretty early the first nine holes, it feels like you’re playing a round at home, which is nice,” Rai smiled afterwards.

“But I played very well, kept it in play, had a lot of chances and made a lot of putts, too. Everything was on song today.

Aaron Rai – nicest guy ever. Also a great player. Didn’t know my mum had done this but what a legend. #respect pic.twitter.com/fsa56SRxca

“I’ve just got to try and stay as close to the original game plan as much as possible. I think if you get too conservative and if you try and defend the lead a little bit too much, you can start going backwards very easily but also you can’t get too aggressive around this course.

“As hard as it is and as easy as it is to say, you just have to try and stick to what you’re doing and what has got you into this position.”

The 23-year-old is yet to win on the European Tour. He is in pole position to break that duck this week.