Aaron Rai on the verge of maiden European Tour success 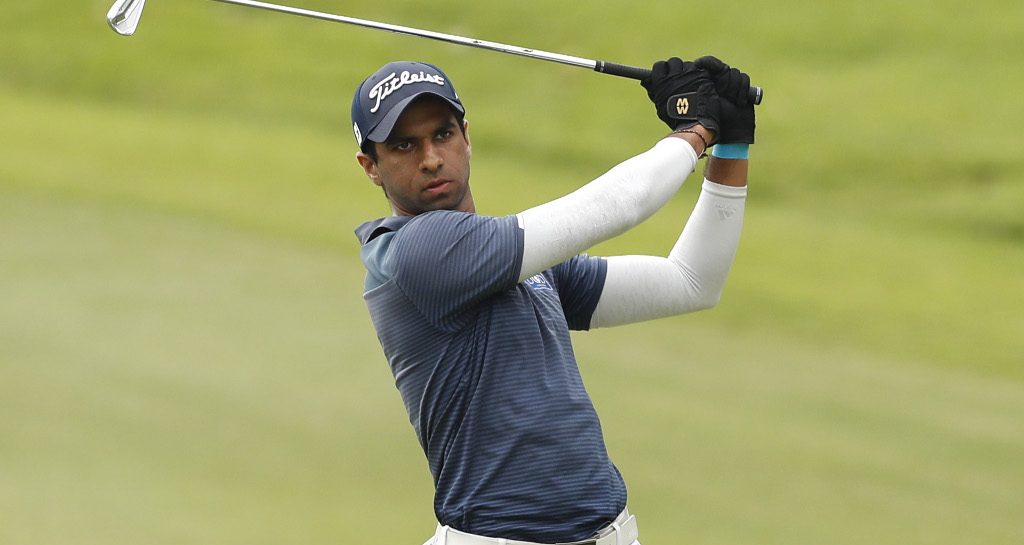 Aaron Rai is on the verge of securing his first European Tour title after opening up a formidable six-stroke lead at the Hong Kong Open on Saturday.

Rai started the day with an already sizeable four-shot advantage after his spectacular, course-record 61 in Friday’s second round.

And with none of his closest rivals able to make a big move on Saturday, the 23-year-old from Wolverhampton was able to extend his lead to six shots thanks to a two-under-par 68.

Rai mixed four birdies with three bogeys to stay well clear of the rest of the field on 16 under par and put himself in an enviable position to secure his maiden European Tour triumph.

Already leading by five, then Aaron Rai does this. pic.twitter.com/vZ9f38VYGC

Rai will have some formidable names chasing him down on Sunday, however, and should he show any frailty and start heading in the wrong direction on the scoreboard, there are several players capable of reeling him in.

Sharing second place on 10 under are another English duo – Tommy Fleetwood and Matthew Fitzpatrick – after rounds of 66 and 68 respectively.

And Sergio Garcia lies just one shot further back alongside Jason Scrivener and Hyowon Park after making his move with an impressive 64 – the low round of the day.

With so many European Tour champions chasing him down, Rai will know the job isn’t done yet, even if he has put himself in a fantastic position.

“I’m very pleased overall. It wasn’t quite as low as the score yesterday but a very solid round,” he said.

“Nothing is ever done until it’s done, and 18 holes is a lot of golf.

“So a six-shot lead – anything can happen, you have to be aware of that.