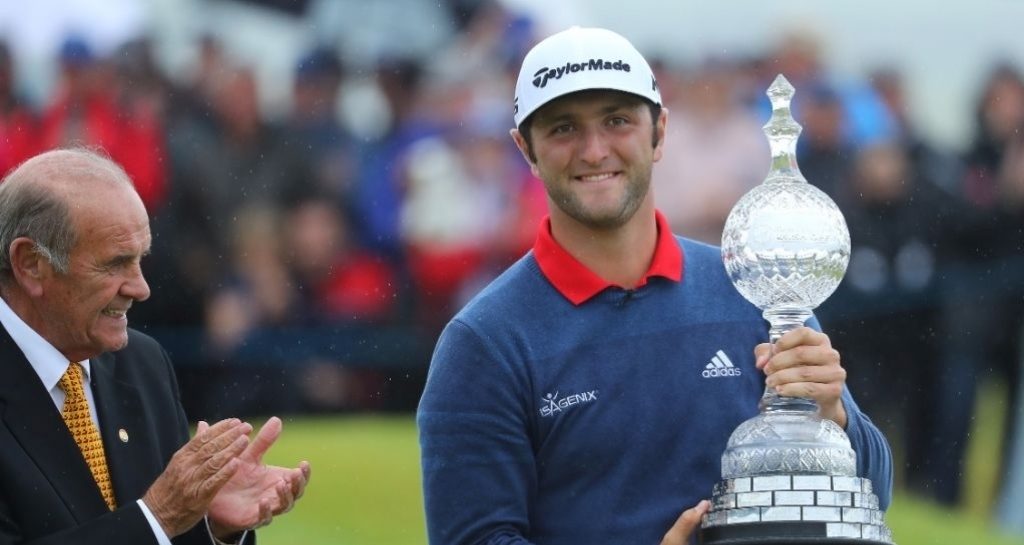 Jon Rahm survived a rules scare to record a dominant six shot win at the Irish Open after a final round of 65.

Heading into the final day of the tournament, Rahm held a share of the overnight lead on 17 under with Daniel Im.

But a fantastic hole-out eagle three on the fourth moved the 22-year-old into the outright lead and he powered further ahead with four successive birdies from the seventh onwards.

The moment of controversy arrived when Rahm was on the 13th fairway.

Tournament referee Andy McFee approached him to discuss a ball-marking incident from the sixth green after the Spaniard had appeared to replace it in a slightly different spot.

However, McFee ultimately decided to give Rahm the benefit of the doubt and he wasn’t penalised. It clearly didn’t affect him either after rolling in an eagle putt at the 14th.

“To my eyes, I put the ball back exactly where it was,” said Rahm.

“I’ve been saying I haven’t played my best golf, and today, for 15 holes, I played the best golf I can ever play on the golf course with the weather that we had.

“Obviously, the bonus of holing out on four was great, but man, this is a nice feeling.”

That result for Ramsay was sufficient for him to clinch one of the three qualifying spots for the Open Championship.