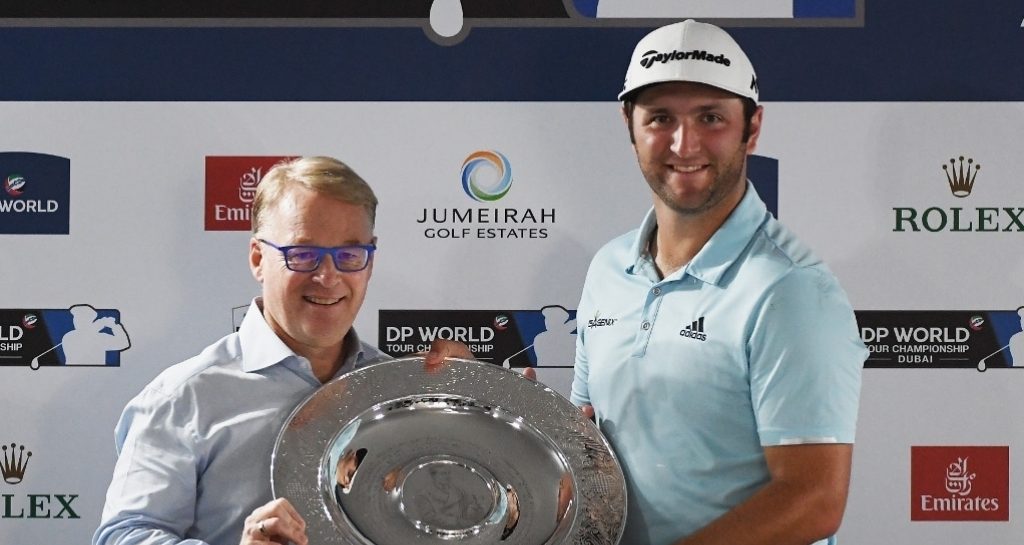 Jon Rahm has been rewarded for an outstanding rookie season on the European Tour, scooping up an award for his efforts.

The Spaniard enjoyed a superlative season since turning pro in June 2016, notching up two victories and no less than 11 top ten finishes in his 25 starts.

Starting the year ranked 137th, Rahm is currently sitting at fifth in the world rankings.

As the European Tour heads to its swansong event at the DP World Tour Championship this week, Rahm has been honoured for his remarkable consistency, earning the tour’s Sir Henry Cotton Rookie of the Year award on Tuesday.

"It's just a huge honour to be sitting here in this position at this time of the year," the 23-year-old told Sky Sports.

"I'm really happy and I'm really blessed that I have this opportunity and that I'm able to accomplish this award.

"It's something I'm really proud of. Never in a million years would I have expected what I've done this year.

"Top five in the world, fifth in the FedEx Cup, fourth in the Race to Dubai, playing the way I've played, I would have never foreseen this at all."

I’m very honored, excited and humbled to be named @EuropeanTour 2017 Sir Henry Cotton Rookie of the Year. What a year it’s been. Thank you to all my fans and sponsors for all the support this year! @TaylorMadeGolf @adidasGolf @isagenix @BighornGolfClub and ROLEX pic.twitter.com/F6RrJ8SLQW

However, Rahm admitted he underperformed in the majors, where he finished T27 at the Masters before missing the cut at the US Open then settled for a T44 and T58 at the Open and PGA championships.

"I think it's important to learn what the magic formula is for you," continued Rahm.

"You have players like Tiger Woods and Jack Nicklaus who never played the week before a major.

"They practised and they rested. You have players like Phil [Mickelson] who plays every week before the major because he thinks it's going to help him play better.

"After one year I still don't know what my formula is. I haven't played my best golf in the majors and hopefully what I'm doing next year, which is resting the week before in most of them, helps out."