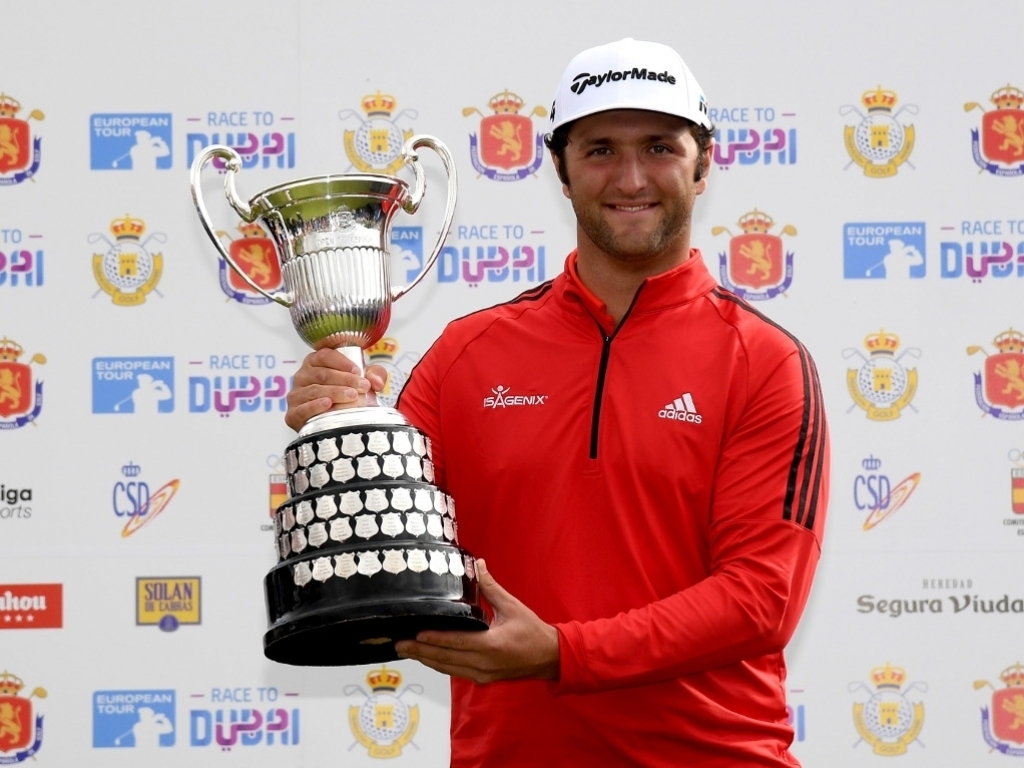 Jon Rahm continued his superlative start to his career with a special win on home soil at the Open de Espana on Sunday.

The Spaniard closed with a five inder 67 around the Centro Nacional de Golf, two shots clear of the chasing Paul Dunne of Ireland and three ahead of fellow countryman Nacho Elvira.

It was Rahm’s third European Tour title in just 19 starts, the quickest golfer to reach that mark. His final round saw just one blemish on the card, a bogey on the ninth, but Rahm kept the chasers at arm's length throughout the round much to the crowds’ delight.

"It's such a satisfying feeling," the world number four told europeantour.com.

"When I made the decision to come straight from Augusta it wouldn't be to just show up and walk around, I wanted to win this tournament.

"I've been blessed to be national champion from 16 to all ages in Spain. To round my amateur and pro career together in this way and win the last one I had to win and join that prestigious list of Spanish winners, it's hard to explain how good it feels and how satisfying it is.

"It's been amazing. It's truly been the hardest Sunday I've ever had in any tournament that I've won because the crowd wanted it so much and I wanted it so much. You can tell how excited everybody is, I felt that tension, I felt that stress, I felt everything magnified. They payed a huge part, I came for them mainly so I'm just glad I can win this one for the Spanish people."

Further down the leaderboard, South Africa’s George Coetzee would finish solo fourth on 16 under, four off the pace, while a host of players, including Marc Warren local Jorge Campillo, were locked for T5 on 15 under.