Rahm hits the front at Portstewart 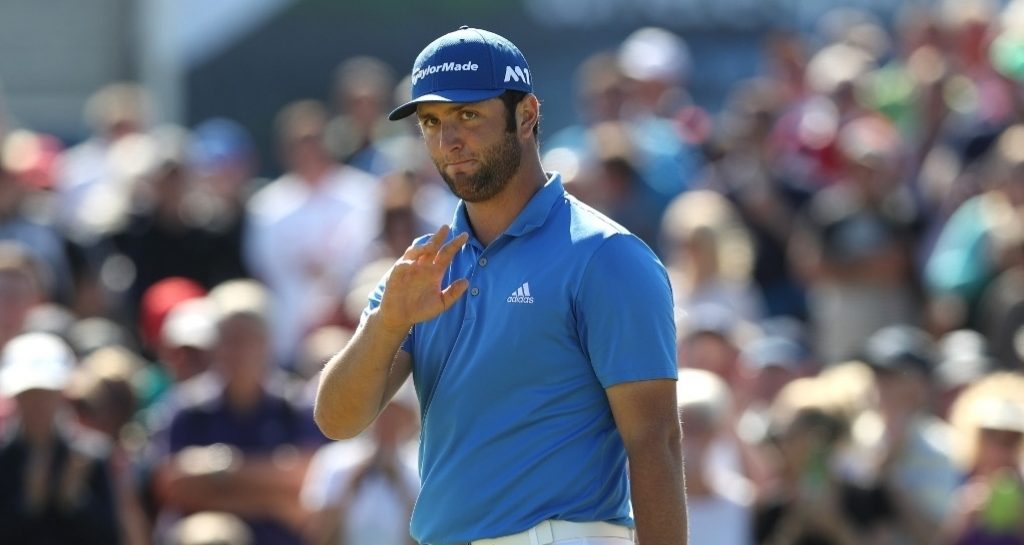 Rising star Jon Rahm has given himself a superb chance of capturing his maiden European Tour title after grabbing a share of the Irish Open lead on Saturday.

The talented young Spaniard hovered a shot behind leaders Daniel Im and Benjamin Hebert after the first and second rounds, but finally moved to the top on 17 under par thanks to a second successive five-under-par 67.

Rahm's round on Saturday started fairly quietly as he made the turn in one-under 35, but he caught fire on the back nine, making four birdies in a row from the 11th.

American Im, co-leader over the first two days, maintained a share of the lead thanks to a 68, while Hebert now finds himself one shot back in sole third place after a 69.

Frenchman Julien Quesne follows on 14 under after a stellar 64, while Justin Rose gave himself a shot at the title by shooting a 66 of his own to move to 13 under, just four shots back.

Rose shares sixth place with Oliver Fisher, Ryan Fox and Scott Hend, whose 64 was the joint lowest round of the day along with Quesne.

Rahm has emerged as the favourite for the title on Sunday, however. The 22-year-old is being tipped for great things after a meteoric rise through the ranks and into the world's top 10, and will no doubt be fancying his chances.

Both Im and Hebert have been superb all week, however, while the likes of Tanihara and Rose have made significant moves, so the Spaniard certainly won't have things all his own way.

“Make sure your attitude is the proper one and stay as dry as possible,” he said.