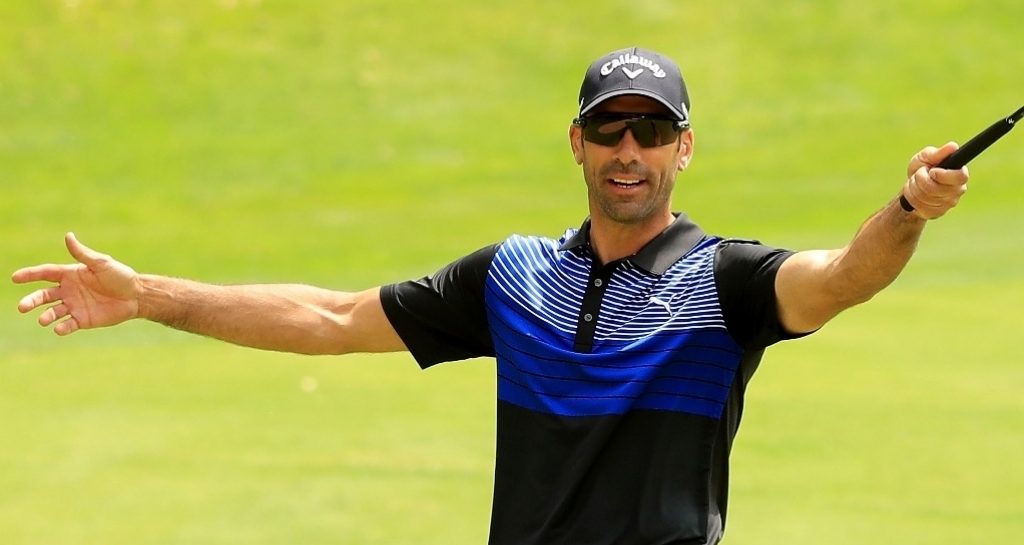 Alvaro Quiros battled to a 70 in windy conditions at Royal Golf Dar Es Salam to open up a one-shot lead after the second round of the Trophee Hassan II.

The Spaniard shared the lead with Welshman Bradley Dredge overnight, but now leads the tournament on his own after a highly eventful second round in which he drained no less than seven birdies but also made five bogeys on a tough day for scoring.

Quiros won at least one tournament on the European Tour every year between 2006 and 2011, but has fallen on hard times in recent years.

A suprise win at last year's Rocco Forte Open – Verdura, Sicily, provided a much needed rankings boost, but he has made just three cuts in 19 starts since, dropping him down to 435th in the world, so his strong performance so far this week couldn't have come at a better time.

After 36 holes at the #TropheeHassanII:

Quiros lies one shot clear of Australian Andrew Dodt, whose 68 was equal to the best round of the day.

"It wasn't easy," said Dodt, who made four birdies, two bogeys and an eagle on Friday. "Quite breezy, which made the course very different to yesterday.

"I played pretty solid, though, even though I was two over through five or six, I just told myself to hang in there and try and hit fairways and greens and I managed to do that on the back nine.

South African Erik van Rooyen follows a further shot behind Dodt, while overnight leader Dredge now lies in a tie for fourth alongside Austin Connelly after a 73.