Pulkkanen pulls a low one out of the hat 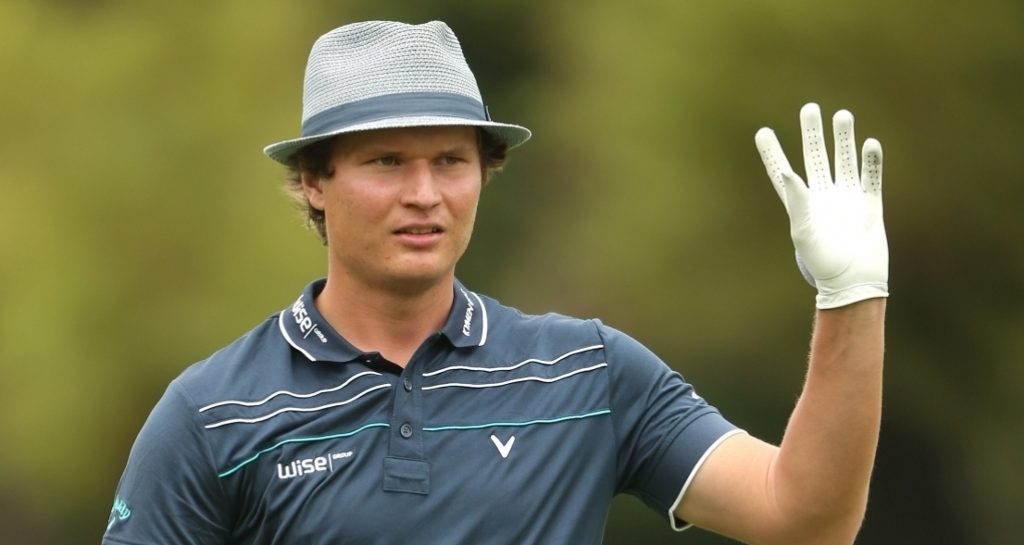 Finland’s Tapio Pulkkanen was in scintillating form in round two of the Joburg Open where he charged to a flawless eight-under-par 64 and 14-under-par total to take a one-shot lead into the weekend at Randpark Golf Club.

The rest of the players will have to wait overnight for the completion of the second round after a late-afternoon thunderstorm halted play with 19 players yet to complete their rounds ahead of the halfway cut.

After closing the first round on the Bushwillow course with back-to-back birdies, the fedora hat-wearing Pulkkanen showed no signs of slowing down as he opened his second round with six straight birdies and three pars on the front nine to turn in 30. He didn’t relent on the homeward stretch as he continued his birdie blitz with two more on 11 and 12 on the Firethorn course.

“It was a good start to my round, with six birdies in a row,” noted Pulkkanen. “I’m really happy with my game. I’ve been driving the ball really well, especially today. It’s a fantastic feeling. The putter has been really hot. I practiced my aiming a little before the tournament and it’s been much better this week. I had some tough times midway but I managed to get good pars and a couple of birdies on the back nine.”

For a while, Pulkkanen and South Africa’s Erik van Rooyen seemed to be going at each other in what many would have interpreted as a continuation of the duels from the European Challenge Tour where both players graduated last season.

“I was one behind him. We had good battles last season. I beat him in Kazakhstan, but he beat me in China. He’s a fun guy,” Pulkkanen said of his competition with Van Rooyen.

Pulkkanen, however, was not the only one who produced an enthralling round of golf for the fans in Johannesburg on moving day. India’s Shubhankar Sharma was just as dominant over on the Bushwillow course, signing for a jaw-dropping 10-under 61 to get to 13-under and second on the leaderboard.

And that's how it's done…

Five birdies on either nine of the course ensured he was safely in contention going into the weekend and, provided he reproduces the similar performances in the next two rounds, he’s in with a real shot at one of the three qualifying spots for next year’s Open Championship at Carnoustie.

“It was great,” Sharma said. “I couldn’t have done better. I made pretty much everything I looked at. I hit the ball pretty decent and made a few key up-and-downs. I couldn’t have asked for a better round.” And while he won’t get ahead of himself, the 21-year old admits the incentive of playing in The Open for the top three finishers not otherwise qualified in this tournament is a sweet carrot to have dangled for him.

“It is every golfer’s dream to play in The Open but at the same time, I don’t really want to think too much about it. It is only halfway through. I want to keep my head down and keep playing. To win is a big thing and whatever comes with it is a bonus.”

Pulkkanen’s countryman Mikko Korhonen shared third on 12-under with Van Rooyen, while Switzerland’s JB Hansen and the English duo of Daniel Brooks and Steven Brown go into the weekend in a share of fifth on 10-under.

The second round will conclude tomorrow morning, after which the cut will be made and the third round will be played off two tees.