Poulter hits the front in Scotland 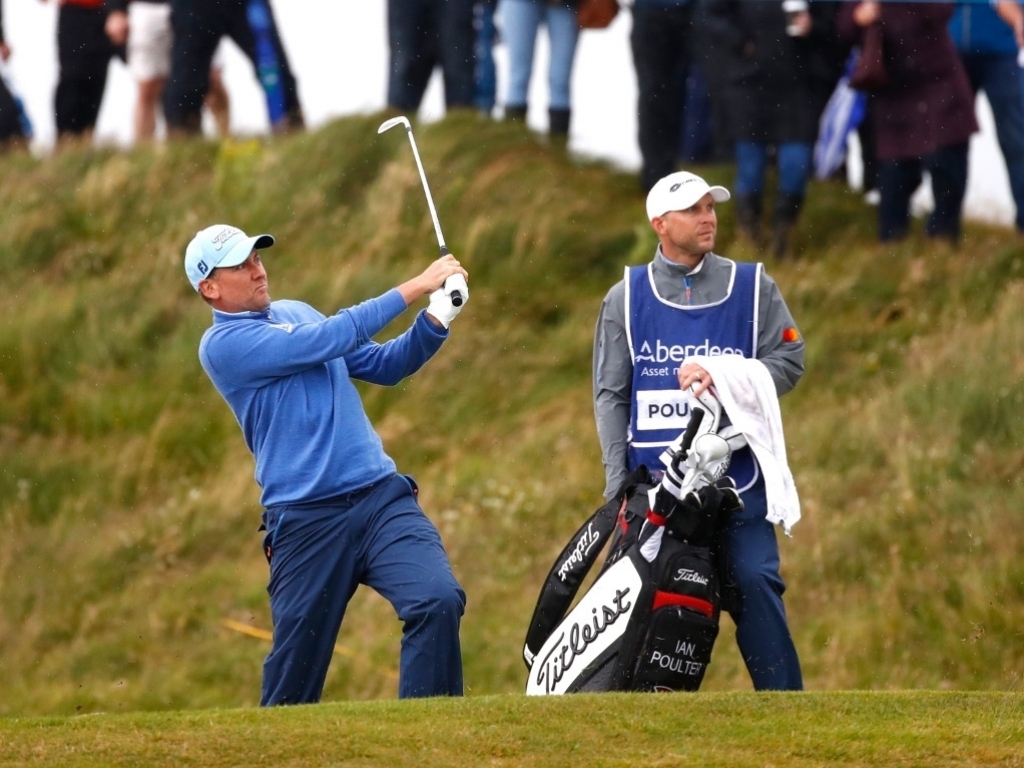 Ian Poulter has given himself an excellent chance of breaking a lengthy winless drought after grabbing a share of the Scottish Open lead on Saturday.

With wild and windy conditions the order of the day, tee times were brought forward to try and avoid the worst of the weather.

Englishman Poulter was able to keep it steady with a one-under-par 71 to take his total to nine under par.

That was good enough for a share of top spot alongside countryman Callum Shinkwin and Australian Andrew Dodt.

Great fun playing with @CallumShinkwin today.. Here is a picture at my 1st invitational @WoburnGC. He was 13 and playing off 6 handicap. 👍🏻 pic.twitter.com/2dC7NnI7MZ

A birdie at the first was wiped out by a drop shot at the long fifth, although two more birdies at the seventh and eighth saw Poulter make a great recovery.

Eight pars and a bogey was all he could manage on the back nine, but that was a respectable performance considering the challenge the Dundonald Links course was providing.

Poulter hasn't won anywhere in the world since the 2012 WGC-HSBC Champions, but he did finish second at the Players Championship back in May after he rediscovered some much needed form – and having only narrowly regained his Tour card. Last year, he spent four months on the sidelines with a foot injury.

Newcomer Shinkwin could only manage a level-par 72 but that was a decent score in the conditions, while Dodt added a 71 to lift himself into a tie for the lead.

The trio are two shots clear of Andy Sullivan, who made the day's biggest move at the top thanks to a superb 67.

Sullivan is one shot ahead of three others – Paul Dunne, Johan Carlsson and Ryan Fox.

As many as nine players follow in a tie for eighth, four shots adrift, including American duo Matt Kuchar and Rickie Fowler, who had rounds of 73 and 74 respectively.