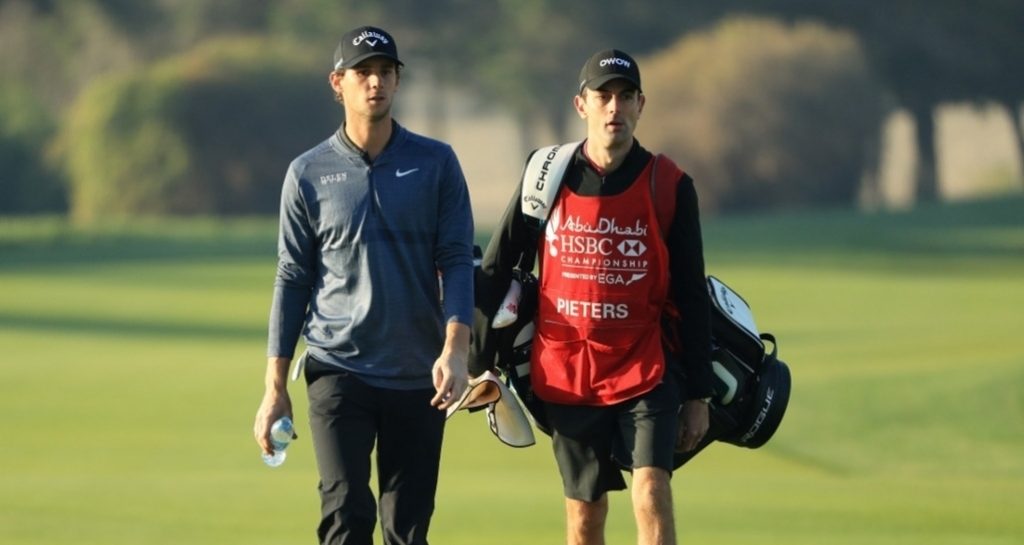 Belgium's Thomas Pieters will take a slender one-shot lead into the weekend at the Abu Dhabi HSBC Championship after closing with a chip-in birdie.

Pieters combined his usual impressive length off the tee with an equally impressive performance on the greens to card seven birdies in a bogey-free 65.

That took his total to 12 under par, one shot clear of Spaniard Jorge Campillo, who surged up the leaderboard with a superb eight-under 64.

A further shot back were Ross Fisher, Alexander Levy and overnight leader Tommy Fleetwood, who stayed in the hunt with a 68.

Rory McIlroy follows on nine under, three back, after carding a classy 66 to go with an opening 69.

The Northern Irishman, who closed with an eagle at the ninth, shares sixth place with Andy Sullivan, Paul Casey, Bernd Wiesberger and Sam Brazel, and will no doubt be pleased with what is a very solid start on his comeback from injury.

McIlroy eagles the 18th to finish at 9 under par 👏🏻👏🏻 pic.twitter.com/1QKT60ykZy

Also making a massive move on the day was World No 1 Dustin Johnson.

The American would have been disappointed with an opening 72 that left him well off the pace, but he played his way into contention on Friday with a scintillating bogey-free 64 that featured eight birdies.

That vaulted Johnson into tied-11th, just four shots off the lead with two rounds remaining to potentially make further inroads.

A combined 18 under par, with just one bogey between the threeball. pic.twitter.com/YtoRB5g60N

The highlight of leader Pieters' round was a closing chip-in birdie at the ninth, after the 25-year-old had found sand with both his tee shot and approach.

The unlikely resulting birdie from the trap ensured he would be the sole leader heading into the weekend.

“We have a decent game plan,” said Pieters. “I've done well here in the past and it suits me. We hit driver wherever we can and the rest of it, it's good ball-striking and going at a couple flags with wedges when you have them that you need to do that.

“It was nice to hole one on the last after two terrible shots. But the rest of it was decent today. Ball-striking was good.

“I hit most of the middle of the greens. If I had a wedge, I went at the flag and I think I got up-and-down or made birdie with a wedge in my hand three or four times. It wasn't really that fancy today but a very good round.”