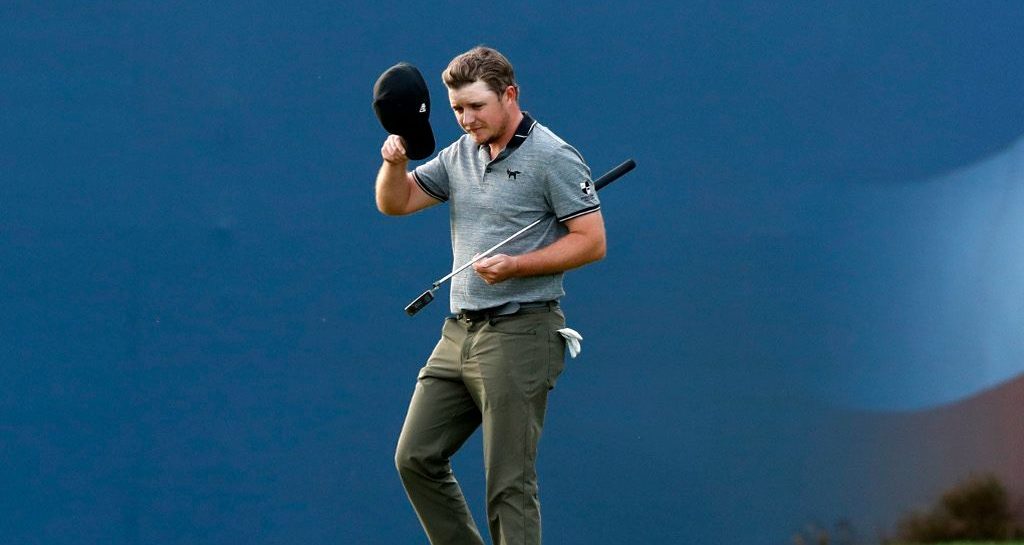 Eddie Pepperell was able to hold on to his three-shot cushion in the third round of the British Masters on Saturday.

The 27-year-old from Oxford started the day with a three-shot lead and ended it ahead by the same margin thanks to a rock-solid one-under-par 71.

Pepperell was able eagle the par-5 11th for the second time this week, and added another birdie at the fourth to offset two bogeys at the third and 12th holes.

Anything you can do…

That took his total to nine under par, good enough to maintain the sizeable gap between himself and the rest of the field at the challenging Walton Heath layout.

Another Englishman, Matt Wallace, follows on four under alongside Andrea Pavan, the Italian who won his maiden European Tour title at the Czech Masters six weeks ago.

Pavan rose 25 places up the leaderboard courtesy of a superb 67, equal to the lowest round of the week.

The leaderboard after Day 3 at the #BritishMasters:

Leader Pepperell also captured his maiden European Tour title at the Qatar Masters earlier this year, and now finds himself in a great position to clinch a second. With five top-10s in his last eight starts, he might well be ready to win again.

It’s also the first time in his career that he’s held the 54-hole lead.

“It would have been nice to hole a couple of putts on the back nine for sure,” he said. “But I’m confident that I can go out there tomorrow and shoot three, four under par and make everyone else’s life very difficult. New position for me, first time I’ve ever gone out there with a three-shot lead on a Saturday so, to have maintained it, I would say is not a failure.

“Looking back today, I did feel like I hit a lot of nice, solid shots. If I can achieve that tomorrow, I’ll be happy.”