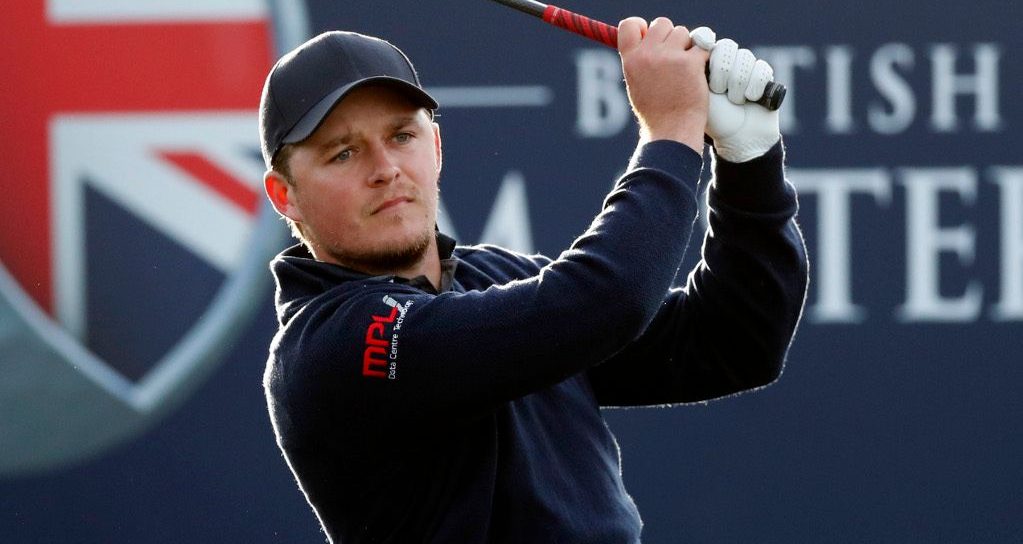 Home favourite Eddie Pepperell will take a three-shot lead into the weekend at the British Masters.

The 27-year-old, who grabbed a share of the lead yesterday thanks in part to one of the craziest holes-in-one the European Tour had ever seen, stayed rock solid on Friday, adding a three-under-par 69 to his opening 67 to take his total to eight under par.

That was good enough for a three-stroke lead at this week’s challenging Walton Heath layout. Tough, windy conditions are not making scoring easy, but Pepperell fared far better than most, a combination of five birdies and two bogeys helping to create some valuable daylight between himself and the rest of the field.

Pepperell captured his maiden European Tour title at the Qatar Masters earlier this year, and now finds himself in a great position to take a second.

“It’s a great spot,” he said. “I felt very comfortable. Frankly I feel like I’m not hitting the ball that well, really. I feel like there’s a lot more for me in terms of that department. Clearly I’ve putted well and I’ve thought my short game has been good. I’ve hung in there in tough conditions over 36 holes.

“I’m hoping to spend a little bit of time on the range and I’m hoping this weekend for my swing to feel a little more comfortable and then I can play some shots and take even more to the golf course because I’m pretty happy with where the rest of the game is at.”

Another Englishman, Matt Wallace, finds himself in a tie for second place alongside Frenchman Julien Guerrier after a level-par 72 on Friday.

Continuing the trend of local contenders, Jordan Smith lies alone in fourth on four under, four back, after a well-played 69.

And another trio of Englishman – Andy Sullivan, Ross Fisher and Sam Horsfield are part of the five-man group on three under.

It was a bad day for overnight leader Tommy Fleetwood, however. The Ryder Cup hero went from a 67 on day to a 77 on day two to fall eight shots off the pace.

And World No 2 and tournament host Justin Rose also failed to make much of an impact, a 723 leaving him mired on two over, 10 shots back.