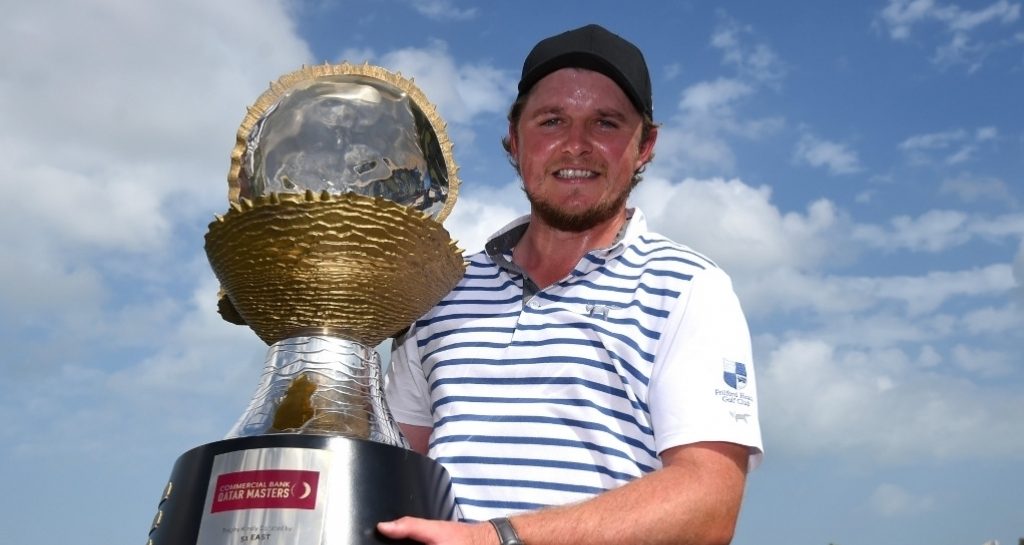 Eddie Pepperell did just about enough to hold off a charging Oliver Fisher and win the Commercial Bank Qatar Masters on Sunday.

It's the 27-year-old from Oxfordshire's first European Tour win, with his only other professional victory coming at the 2012 Allianz Open on the Challenge Tour.

The wait is over Eddie… pic.twitter.com/3sUeJAAW6c

Three clear with nine holes to play, Pepperell found himself under increasing pressure from a determined Fisher, who picked up birdies at the 14th, 16th and 17th to close the gap to just one stroke as the two Englishmen headed to the 18th.

It all came down to the final hole, and while Pepperell could do no better than a level-par at the closing par-five, thankfully for him, Fisher had to settle for a par as well after both men chose to lay up.

Pepperell closed with a two-under-par 71 for a 18-under-par total, with Fisher finishing a shot back after a 70.

Pepperell was understandably delighted at achieving his maiden win in Europe, and at holding his nerve on the back nine to deny a determined Fisher.

"What a day," he said. "Oli made it really tough and I made it tough for myself at the end there with the second shot at 18.

"I felt good all day, I felt comfortable. I didn't feel that comfortable with my swing but I was in a great place mentally and I kept telling myself that I'm going to win this.

"This will give me confidence. When you win, you know you can win. I've always felt and believed I will win out here but it hadn't happened before today. You've always got to take that step and that's uneasy but at some point in everyone's career they've got to do something for the first time. Hopefully this is not my last."