Pelley and Bjorn reportedly at odds over European Tour future 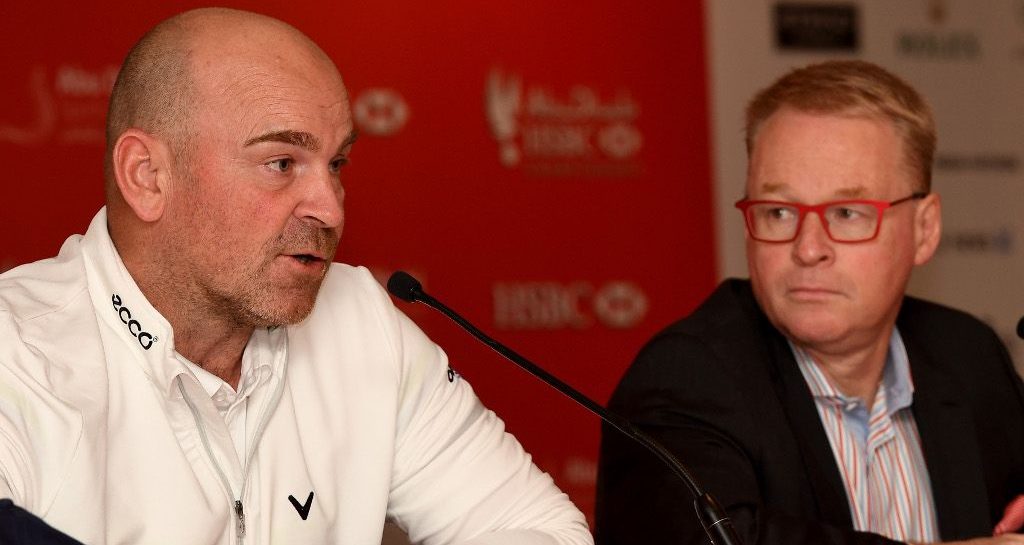 It’s no secret European Tour CEO Keith Pelley has some ambitious plans for the European Tour, but it’s safe to say not everyone is pleased with them.

News broke back in October that Pelley was said to be in favour of a combined ‘World Tour’, believing that closer co-operation with the dominant PGA Tour in America is the way forward for the global game.

Pelley sees this as a way to solve the problem the European Tour has holding on to its best players, who inevitably tend to focus their efforts stateside, where three of the year’s four major championships are played.

The European Tour has also had to reshuffle its schedule for 2019 in order to avoid greater conflict with the PGA Tour. Next year’s BMW PGA Championship will only take place after the conclusion of the FedEx Cup in September instead of its usual May date due to the move of the US PGA Championship and the loaded PGA Tour schedule.

Pelley seems mindful of the proverb ‘If you can’t beat them, join them’, and The Times reports he has held numerous talks with PGA Tour commissioner Jay Monahan this year to discuss the possibility of a ‘World Tour’.

“We [Pelley and Monahan] share similar thoughts,” Pelley told The Times. “Putting together a world tour would be so complex that you have to start with conceptual conversations. Jay and I are partners in that and in our mutual desire to grow the game globally.”

But Pelley has reportedly had several disagreements with victorious Ryder Cup captain Thomas Bjorn, who also serves as chairman of the European Tour Players Committee, and is not in favour of the idea.

“The European Tour has a responsibility to protect the professional game in Europe and that is proving increasingly difficult,” said the Dane.

European Tour chairman David Williams and chairman of the nominations committee, David Jones, have also reportedly said that players were likely to resist a ‘World Tour’.

“There are strong feelings, and Thomas is one of the most vocal, that the European Tour should never lose its independence,” they said.

“For any takeover or merger to happen, 75% of the players have got to vote for it. That would be very tough.”