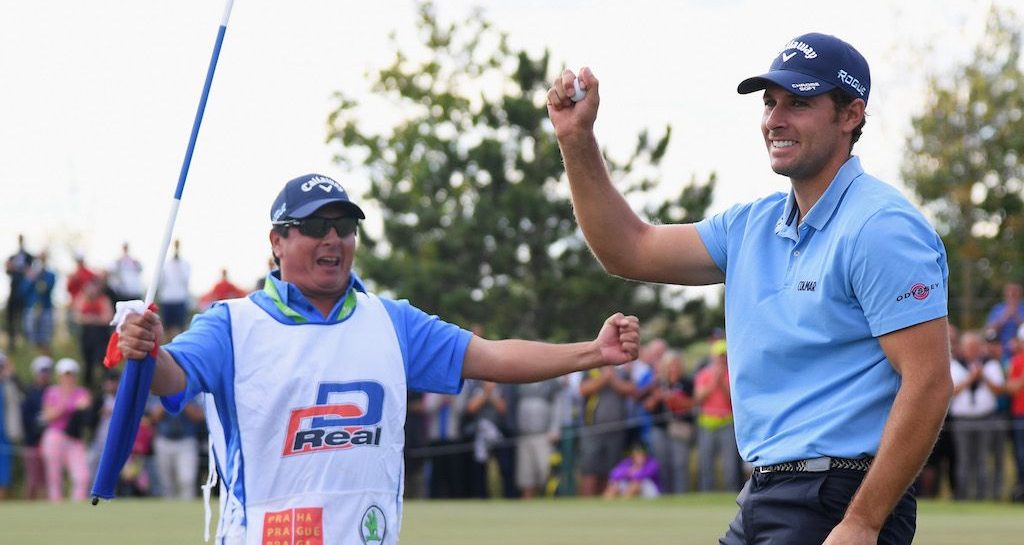 Pavan and Harrington headed into the final round at the Albatross Golf Resort tied for the lead.

At the turn, Harrington had created a three-shot buffer between himself and Pavan.

However, the 29-year-old Italian set-off fireworks on the back-nine, coming home in 31 while Harrington went into defensive mode and only made one further birdie (which was cancelled out by a bogey just two holes later).

That meant that Pavan finished at 22-under-par – two shots clear of Harrington.

Speaking afterwards, Pavan credited his victory to his fearless attitude when the tournament was on the line.

“Padraig has got so much experience, such a great player and he played lovely,” Pavan said.

“The putt on 16 was massive. It could have easily gone both ways, he was ahead of me most of the day but after I got ahead I stayed aggressive.

“I’ve won four times on the Challenge Tour but it was a long time ago. I’ll enjoy this one because it’s really hard to get and I’ll just keep working on the stuff that seems to be working and enjoy the success.

“I’m going back home tomorrow and we’re having a second baby, a little girl is coming on Wednesday. We’re really excited about that and I can’t wait to celebrate with my family.”

A message from the Champion… pic.twitter.com/YZvPxRehVD