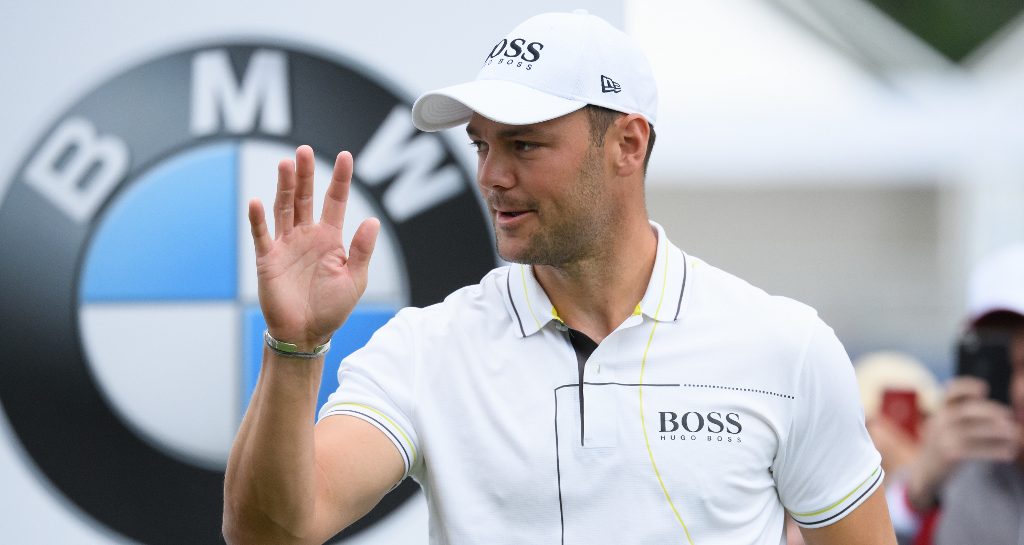 Andrea Pavan grabbed the lead on the opening day of the BMW International, while Martin Kaymer made a welcome return near the top of the leaderboard on home soil.

Playing in front of his home fans at Golfclub Munchen Eichenried, Kaymer posted a five-under-par 67 to grab a share of second place with England’s Oliver Wilson one shot off the lead.

An 11-time winner on the European Tour, Kaymer hasn’t added to his tally in Europe or anywhere else in the world since he won his second major title at the 2014 US Open at Pinehurst.

He reached the World No 1 ranking back in 2011, but currently finds himself down in 93rd.

It’s been a long, lean spell for the German, but playing in front of his local fans in Munich clearly did him a world of good as he fired five birdies and avoided any bogeys on his card.

“As a German it’s rare that we have these chances,” he said of playing on home soil. “If you’re from Great Britain or America, you play many tournaments in those countries. It’s also a little bit tricky. You know this will happen because I’ve played here for 15 years or so, it leads to a little adjustment on the first few holes, but it’s very fun.

Kaymer’s round wasn’t the best of the day, however – that belonged to Pavan.

The 30-year-old Italian started like a house on fire on Thursday, grabbing an eagle and three birdies in his first six holes to race into the lead.

He managed to get it to seven under thanks to back-to-back birdies after the turn, and despite closing with a bogey on his last hole, Pavan’s 66 was still good enough to lead the way.

Sharing fourth place a stroke behind Kaymer and Wilson are Denmark’s Jeff Winther and former World No 1 Lee Westwood.

As many as 16 players follow a shot further behind on three under, including a few who have yet to complete their rounds.

Play was delayed for three hours earlier in the day due to the threat of lightning, leading to bad light stopping play before a number of players had reached the clubhouse.