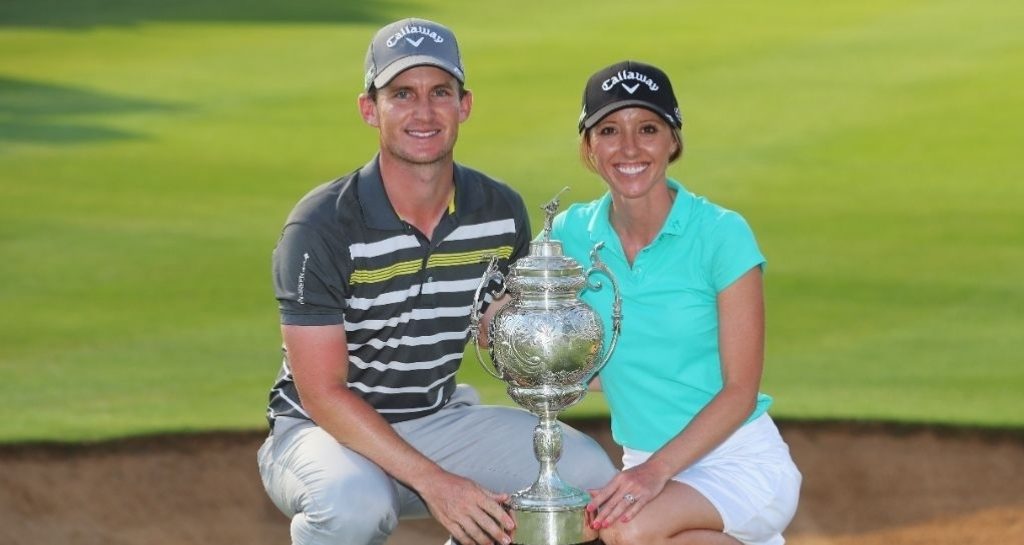 Chris Paisley claimed his maiden European Tour win after a faultless final round saw him cruise to victory at the South African Open.

The British player shot six birdies in a round of 66 on the last day of the Glendower Golf Club tournament to finish on 21 under – three ahead of home favourite Branden Grace.

With his wife Keri by his side as caddie, Paisley improved on his previous best finish of third place at the 2015 BMW International Open. The 31-year-old dropped just three shots over the four days.

Paisley said: "I just can't believe it to be honest. I just played great, I played out of my skin. I didn't think I was capable of playing that well.

"I can't say enough about how good a job she [his wife] did all week. It is her first time as a caddie and she didn’t put a foot wrong. I can't thank her enough.”

Grace was only one shot behind Paisley heading into the final round and he briefly went into the lead after starting with a birdie and an eagle.

But a double bogey on the sixth from Grace saw Paisley go back in front and he made the most of that advantage with birdies at regular intervals.