Padraig Harrington steals the show at Irish Open with sizzling 63 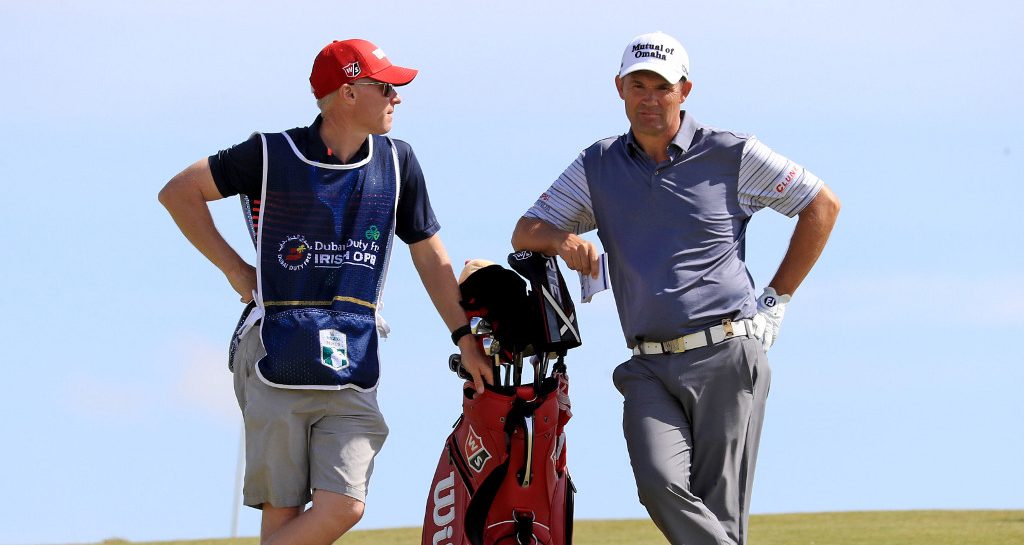 Padraig Harrington made the most of a return to home soil as he grabbed a two-shot lead on the opening day of the Irish Open in County Clare.

The 47-year-old Irishman thrilled the home crowds and further underlined his reputation as a stellar links player with a stunning seven-under-par 63 in bright and sunny conditions at Lahinch Golf Club.

Birdies at the second and fifth holes were followed by three straight gains at the eighth, ninth and 10th, before he dropped his first and only shot of the day at the par-3 11th.

But Harrington quickly erased any further loss of momentum with back-to-back birdies at 12 and 13 to race into the lead on six under, and a closing birdie at the par-5 18th after a sublime chip out of a greenside bunker was the icing on the cake.

It was his lowest first round on the European Tour for 18 years, and his lowest ever in the Irish Open.

Afterwards, he couldn’t help but take a dig at his 100/1 odds prior to the start of the tournament.

“It was a stroll in the park 63,” said the Ryder Cup captain. “I couldn’t have asked for more in shooting a low one. It seemed easy. I got a few breaks.

An even bigger group follows a further shot behind – home favourite Shane Lowry; a resurgent Martin Kaymer, chasing a spot in the Open; and two more Englishmen, Ian Poulter and Lee Westwood.

Some big names follow on three under, including Spaniard Jon Rahm, the highest ranked player in the field, and England’s Tommy Fleetwood, the second highest.