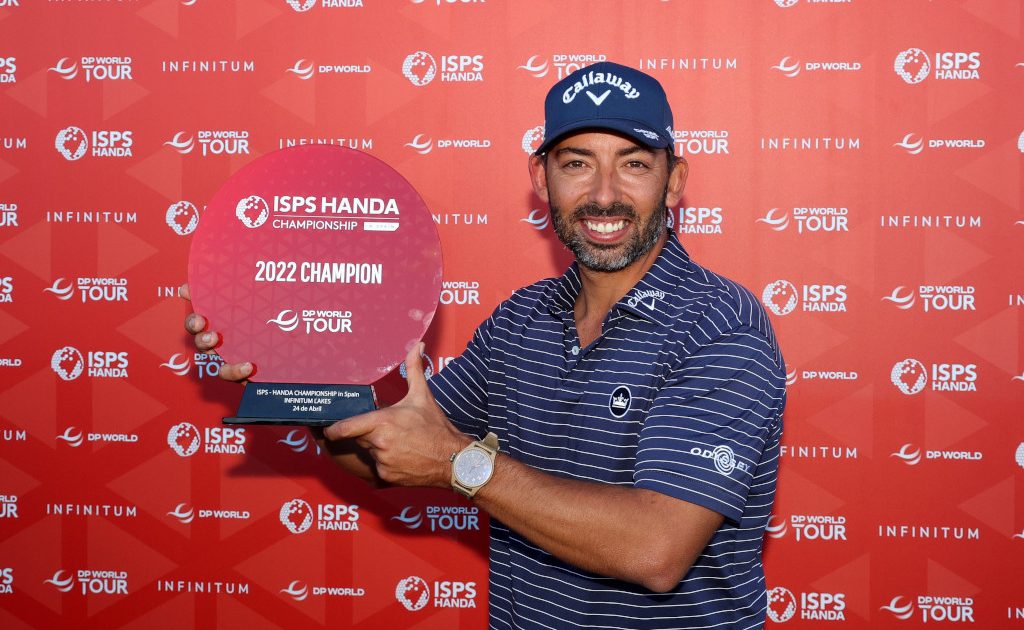 Pablo Larrazabal produced a brilliant final round of 62 to claim the seventh DP World Tour title of his career, and a first on home soil, in the ISPS Handa Championship.

Larrazabal recorded nine birdies and a solitary bogey despite the windy conditions at Infinitum’s Lakes Course to finish 15 under par, a shot ahead of fellow Spaniard Adrian Otaegui.

Otaegui, who had shared the lead after 54 holes with Canada’s Aaron Cockerill and South African Hennie Du Plessis, had an eagle putt on the par-five 18th to force a play-off, but was unable to hole from 25 feet.

Du Plessis and Cockerill shared third place on 13 under, Cockerill paying the price for a costly double bogey on the 10th after starting the final round with three straight birdies.

Larrazabal began the round three shots off the pace but picked up shots on the fourth and seventh before making five birdies in a row from the ninth to surge into the lead.

A bogey on the difficult 15th meant there was briefly a four-way tie for the lead, but Larrazabal holed from long range for birdie on the par-five 16th and two-putted the 18th for another to set a target which proved impossible to match.

“I knew my golf was there,” the 38-year-old, who won the MyGolfLife Open in South Africa six weeks ago, told Sky Sports.

“I couldn’t make any putts the first three days but I told my girlfriend last night that she had to choose the clothing for the (victory) pictures. I knew that I had a low one in my bag and that’s what I did.

“To shoot 62 in windy conditions with a few Sunday flags out there was good. It’s been quite emotional but I kept the nerves down and concentrated and managed to finish the job.”