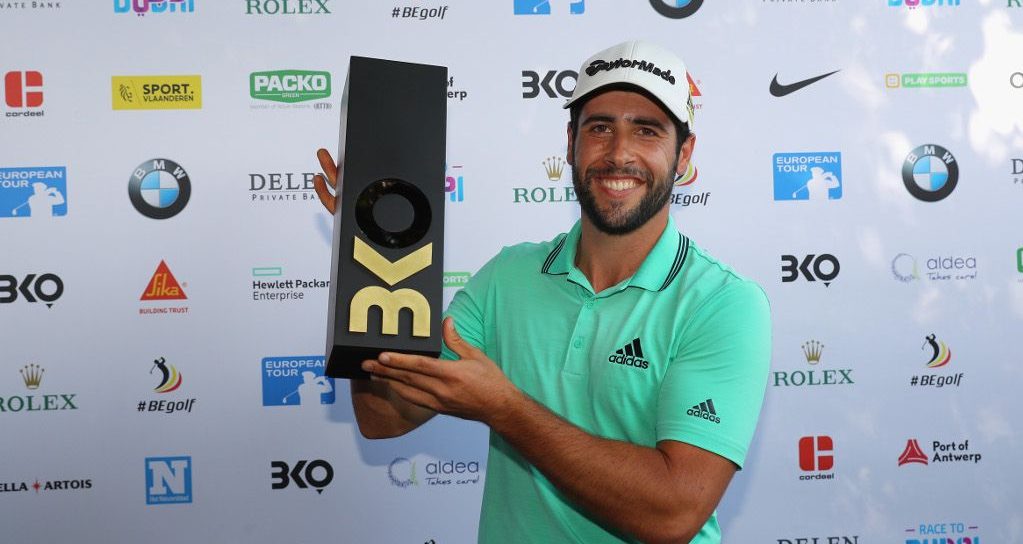 The fresh format featured 36 holes of stroke play to cut the field to 64, followed by three rounds of nine-hole knockout stroke play, leaving eight players to duke it out on Sunday in quarter-finals, semi-finals and a final.

Otaegui and Hebert both finished three shots off leader Jorge Campillo ahead of the weekend, then had to secure five straight victories each to reach the final.

Otaegui edged countryman Jorge Campillo in the last eight, before easily defeating David Drysdale in the semis, while Hebert also beat one of his compatriots, Mike Lorenzo-Vera, in the quarter-finals before getting the better of James Heath in the last four.

Hebert drew first blood in the final with a birdie at the second, but Otaegui drew level on the fourth before taking control of the match with a trio of birdies that was kicked off by draining a 30 footer on the sixth.

Hebert could only pick up one shot during that three-hole stretch, which allowed Otaegui to par the ninth and claim his second European Tour title.

“I think we both played very good golf and I’m just very proud about my week. I just tried to play against myself. Obviously your opponent is just next to you but I just tried to focus on my game, stroke play, and so that’s what I tried to do.

“I’ve started pretty well for the moment. I’m just looking forward to focus on the Rolex Series next, some big events coming up and I just want to focus on that and there’s still a lot of season ahead. The season is still very long but I’m looking for Ryder Cup.”

Drysdale would secure third spot after beating Heath by one stroke.