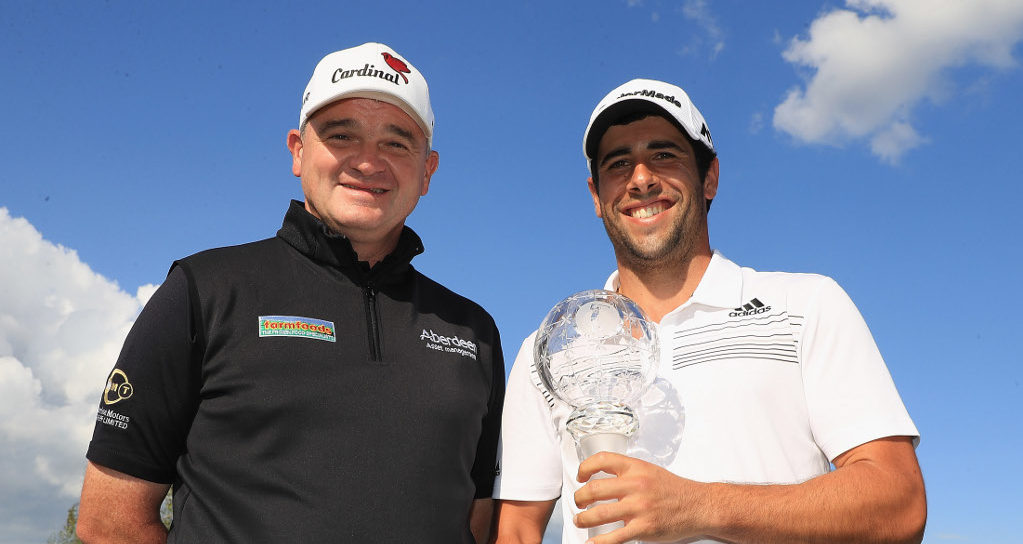 Siem looked to have sealed his home event. He was three up at the turn and two up with five holes to play but Otaegui won the 14th with a par and then made three birdies in a row to claim his first European Tour trophy in 123 starts.

Speaking afterwards, Otaegui explained that he was delighted to have won for the first time at an event as prestigious as the Paul Lawrie Match Play.

"It's very, very special to have my first European Tour victory here at the Paul Lawrie. I'm so happy," he said.

"The way I played the back nine being three down after nine holes, I played good golf.

"Obviously Marcel missed a couple of shots but I was very, very focused, I knew I could do it and the way I finished was just the perfect finish to the week.

"I've been playing very well the whole week. I've made a few mistakes as everybody does. I was very solid the whole week and I ended up with the trophy.

"It's a big combination of things, getting some confidence, knowing I can do it well."