Otaegui and Uihlein lead in Paris 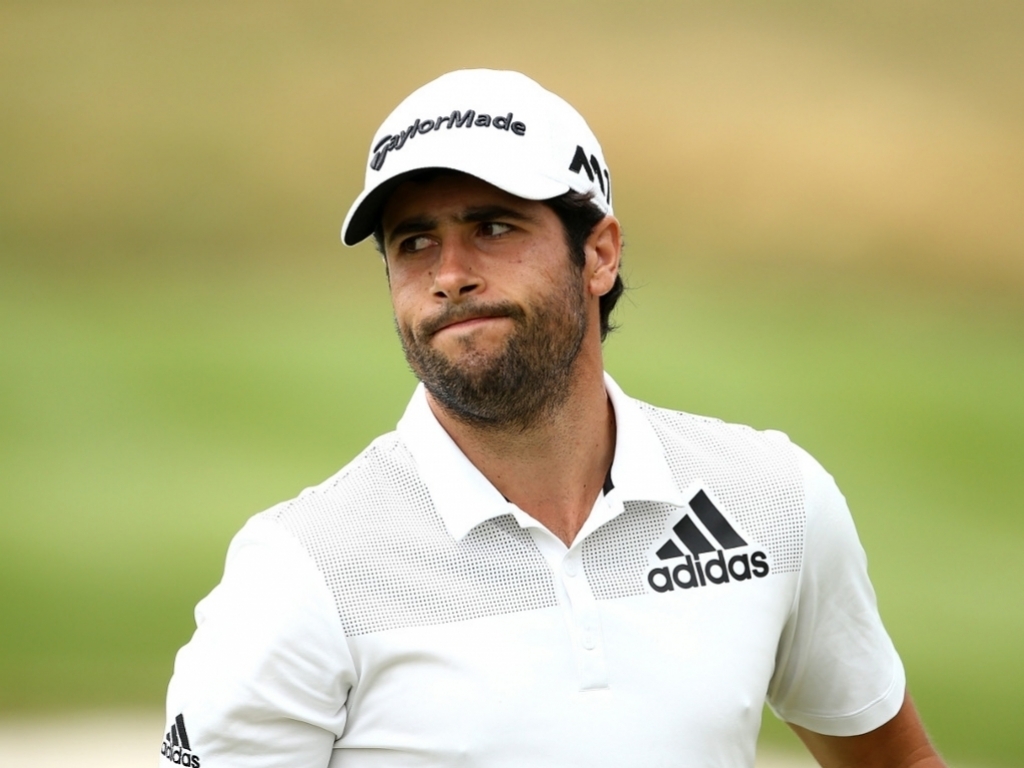 American Peter Uihlein and Adrian Otaegui of Spain will take a narrow one-shot lead into the weekend at the Open de France.

The duo came through a rain-interrupted day at Le Golf National to share top spot on eight under par.

Otaegui carded a five-under-par 66, while Uihlein shot a 67.

Graeme Storm and Ross Fisher lie on five under, three back, alongside Belgian Thomas Pieters.

Lee Westwood and Robert Rock are among those on four under in a leaderboard packed with English golfers.

The day belonged to Otaegui and Uihlein, however.

The Spaniard was the first to post his target in the morning, reaching the clubhouse before bad weather brought a temporary suspension to proceedings. Otaegui was one over par for his first five holes but then picked up six birdies in the next 11 to rocket up the leaderboard.

Uihlein, meanwhile, picked up two shots prior to the turn, and then returned after the rain delay to add three birdies in a row from the 13th, briefly moving to nine under par. A late bogey at the 17th saw him drop back down to eight under to share the lead with Otaegui.

"Anytime you can put yourself in contention after two days, it's where you wanna be"#HNAOpenDeFrance pic.twitter.com/ITuAiPYCqy

Among those missing the cut, which fell on two over par, were Danny Willett, Graeme McDowell and Shane Lowry.