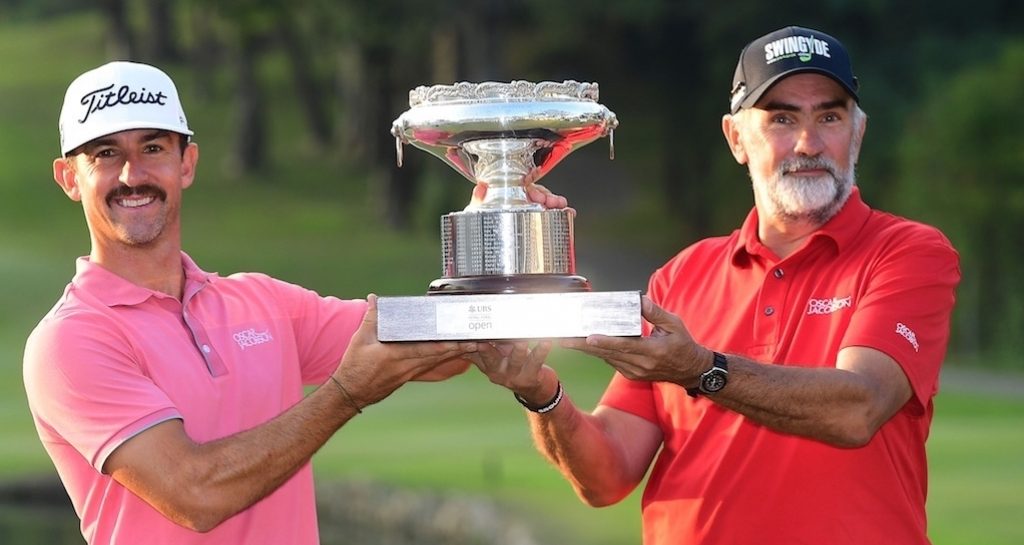 Wade Ormsby prevailed on a dramatic final day in Fanling to claim his first European Tour title at the UBS Hong Kong Open.

The 37-year-old Australian entered the fourth round a shot behind SSP Chawrasia and when he turned in level-par 34, he was four behind his Indian rival.

The Indian then triple-bogeyed the ninth to bring a host of players back into contention and Ormsby held a two-shot lead as he stood on the 18th fairway at Hong Kong Golf Club.

In the group behind, Rafa Cabrera Bello birdied the 17th to pile on the pressure and a closing three-putt bogey from Ormsby left the duo in a tie at 11-under.

Cabrera Bello then put his second shot in the bunker at the front of the final green and when he failed to get up and down, the title was Ormsby's.

"It means a lot to me," said Ormsby afterwards.

"I've played a lot of golf in Europe, everywhere, and a few bumps along the way but it's pretty cool to get a win this late in your career.

"A few of my are mates over there so that makes it pretty special, having mates around makes it all the more special.”