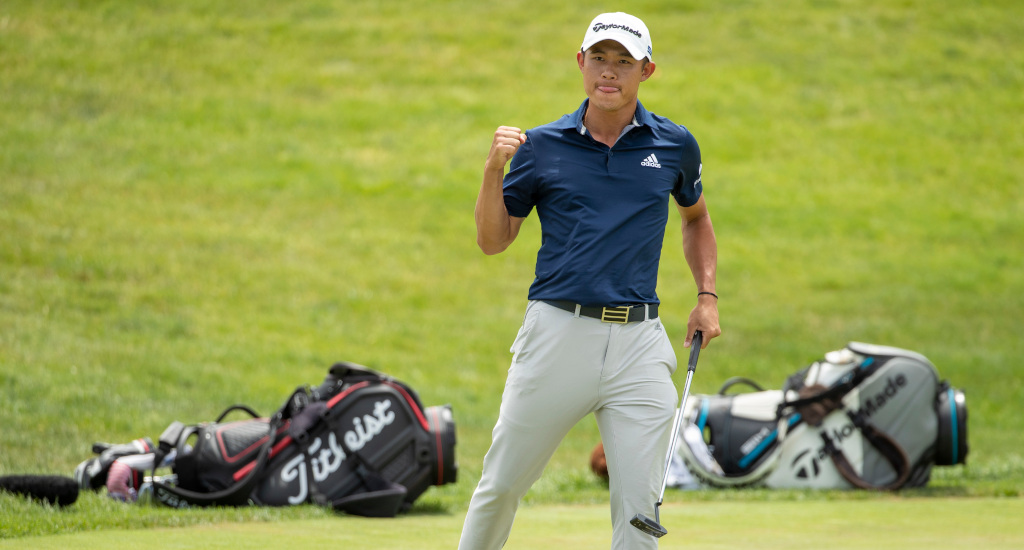 Open champion Collin Morikawa is determined not to let another opportunity to become the first American to win the Race to Dubai slip through his fingers.

Morikawa had the chance to top the Order of Merit by winning last year’s DP World Tour Championship, in what was his first regular European Tour event.

Twelve months on, the two-time major winner has a 236-point lead over compatriot Billy Horschel in the standings and could even finish last in the 53-man field and still succeed Lee Westwood as European number one.

The 24-year-old world number two, who was awarded honorary life membership of the European Tour on Wednesday in recognition of his Open triumph at Royal St George’s, said: “I’m not taking this week lightly.

“I’ve put a lot of work in the last week, the past couple of days to be ready and to come out here and play as best as I can.

“I think I said this last year, you don’t know how many chances you’re going to get to win a Race to Dubai, and I’ve been very lucky to play well this year in a major and the WGCs (World Golf Championship events) to get me in this position.”

Morikawa was also top of the FedEx Cup standings at the end of the regular season on the PGA Tour, but a lingering back injury contributed to a missed cut in the first play-off event and a tie for 63rd in a 69-man field in the second.

That meant he had slipped to 11th place heading into the Tour Championship in Atlanta, resulting in a seven-shot deficit to leader Patrick Cantlay under the controversial handicap system.

“We’re at the tail end of the season and I made that mistake with how the PGA Tour and the FedEx Cup went, injuring myself and getting a little unfortunate the way the play-offs worked,” Morikawa added.

“I worked so hard through the regular season to put myself in a good spot that I don’t want to let this go. It would mean a lot to be the first American winner of the Race to Dubai.”

The absence of world number one Jon Rahm, who was third in the standings, means six players can win the Race to Dubai at Jumeirah Golf Estates.

Victory for either Morikawa or Horschel would guarantee them the title, while Tyrrell Hatton, Min Woo Lee, Paul Casey and Matt Fitzpatrick need to win and see other results go their way to come out on top.

“When it comes to tournaments like this and you have a chance to win a season-long race like the Race to Dubai, you can’t worry about the what-ifs or what points might add up,” Morikawa added. “The goal is to win the tournament.

“I’m actually not (aware of the scenarios). Normally I’m a person that likes to know everything, know the points, know which way it can go.

“I’m sure there’s a lot of scenarios out there but if I start worrying about them, they might come true and I could be on the bad end of that.”