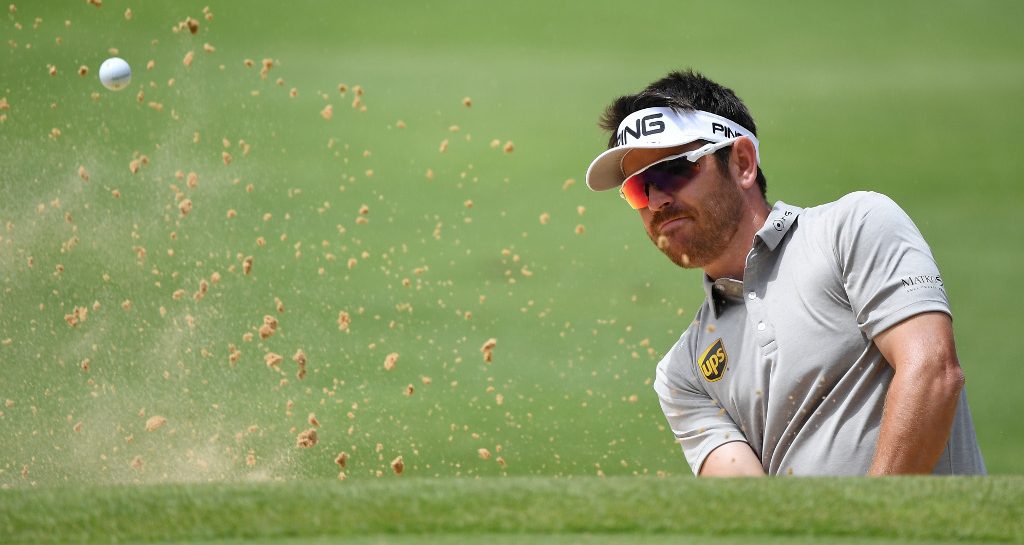 Louis Oosthuizen is on the verge of claiming his national Open for the first time in his career after opening up a three-shot lead at the South African Open on Saturday.

The 36-year-old boasts a major victory and seven European Tour victories – four of which came in South Africa – but the SA Open remains missing from his trophy cabinet.

After a gutsy four-under-par 67 on the Bushwillow course at Randpark Golf Club, however, he finds himself in an excellent position to change that ahead in Sunday’s final round in Johannesburg.

The former Open champion mixed six birdies with two bogeys to take his total to 14 under par, good enough for a three-stroke advantage over countryman Charl Schwartzel, England’s Matt Wallace and Madalitso Muthiya of Zambia.

Schwartzel started the day with a one-shot lead but had to settle for a one-over 72 after dropping two shots in his first three holes and playing his last 15 in one under.

World No 1330 Muthiya stayed in the hunt for the biggest win of his career by some margin after a level-par 71, thanks in part to a bit of good fortune on the 18th.

Wallace shot an impressive 68 to play himself into the final group and give himself a real chance of victory come Sunday.

The birdie means he'll be in the final group tomorrow. pic.twitter.com/bjBDvUSkXz

A large group of eight players follow a further three shots back in a tie for fifth – include local favourites Branden Grace and Ernie Els – but at six shots back they will likely need leader Oosthuizen to have a bad day in order to have any chance of victory.

Oosthuizen has continued to look solid since taking the lead on day one following a splendid 62, and again produced some fine bunker shots and excellent mid-range putting to retake the lead on Saturday.

“It was tough again but I played well,” he said. “I hit a few bad drives where I was left but on 12 I fixed it quickly and then rolled the putter nicely today.

“I’ve been putting well for a long time now. Yesterday I couldn’t make anything and today the makeable ones went in.

“18 more holes of good golf and I just need to take one shot at a time.”