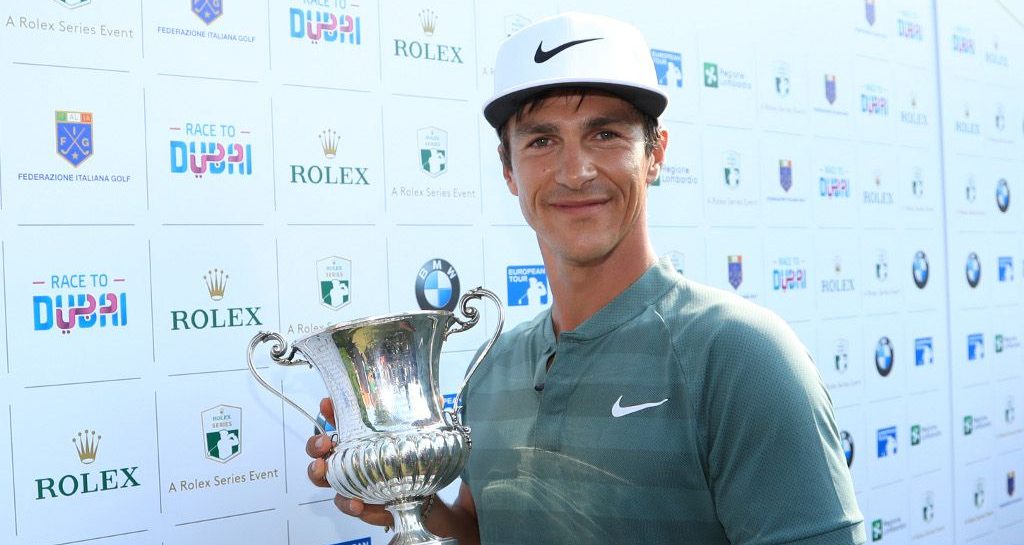 Thorbjorn Olesen picked up his first win in nearly 18 months after holding off in-form home favourite Francesco Molinari in the final round of the Italian Open.

Molinari and Olesen trailed Lee Slattery by one shot overnight but both men passed the Englishman following a thrilling low-scoring battle at Gardagolf Country Club.

Ultimately, Olesen’s superb seven-under-par 64 would hold off Molinari’s almost-as-impressive 65 to hand the Dane a 22-under-par total and a one-shot triumph in Brescia.

Slattery hardly embarrassed himself with a final-round 67, but it proved only enough for third place a further shot back.

Both Olesen and Molinari finished like a house on fire.

The Italian, fresh from his impressive victory at the BMW PGA Championship last week, is clearly in top form at the moment, and he once again threatened to steal the show in front of an adoring home crowd.

Molinari drained no less than four straight birdies from the 13th to put serious pressure on Olesen down the stretch, although a bogey at 17 halted his progress.

But Molinari then sent the crowd wild with a birdie from 30 feet at the 18th to force Olensen to make a par at the last to win.

Frankie at the last! 💯

Wow. Within one again. pic.twitter.com/U54MFoyGx4

The Dane had done superbly to keep up the pace with Molinari, birdying the 12th, 13th, 15th and 17th holes to ensure he held on to the lead heading to the 18th despite his opponent’s heroics.

Nevetheless, Olesen looked in trouble on the last after he pulled his drive a long way left, but he made an excellent up and down from a greenside bunker to hold off Molinari and seal a famous win.