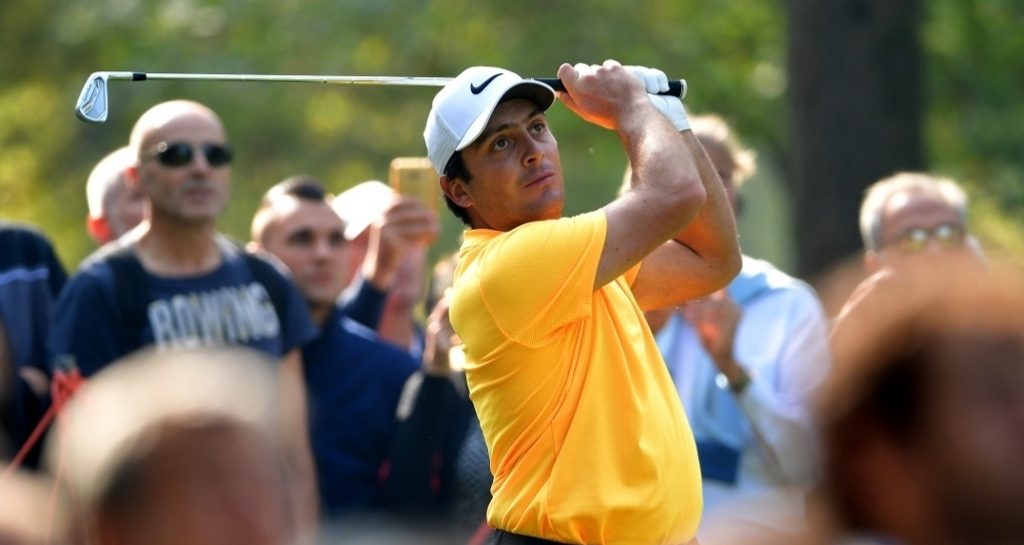 Defending champion Francesco Molinari was one of six co-leaders after the opening round of the Italian Open.

The 34-year-old from Turin thrilled the large crowds with a spectacular seven-under-par 64 – but was far from the only player to achieve the score at Golf Club Milano.

George Coetzee and Byeong Hun An were in a tie for seventh on six under, while reigning Masters champion Sergio Garcia and Alex Noren were among the large group a further shot back.

Starting from the 10th, Molinari picked up five shots in his first nine holes, and then made four more gains after the turn – with only bogeys at the third and eighth preventing what could have been an even better round.

“Obviously it was another good day. I started pretty much where I left off last year, so it was great,” he said after his round.

“It’s great to see the crowds. I think there’s a nice buzz around the place and I’m happy and proud to be part of it.”

It was also a good day for Thailand’s Aphibarnrat, who led on his own for most of the morning.

“I’m really happy with the way I played in the first round – seven under,” he said.

“This course really suits my game – small greens, quite a narrow golf course and my driver and putter are working so well, so that’s why I made a good start.”