Francesco Molinari has to pinch himself after incredible year 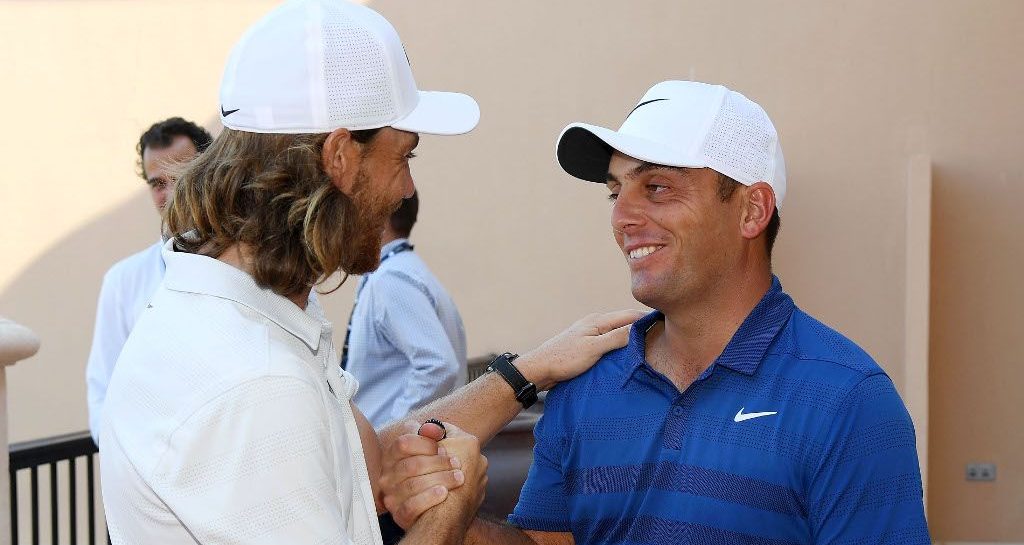 Being crowned Race to Dubai champion was just the icing on the cake of the most incredible golfing year of Francesco Molinari’s life.

The Italian finished the season as the European No 1 on Sunday after closing with a solid 71 at the DP World Tour Championship. It’s a season that also saw him become a major champion after his victory at the Open, and a Ryder Cup hero after his record-breaking 5-0 performance for Team Europe at Le Golf National.

Quite simply, it’s the stuff dreams are made of, and Molinari is taking none of it for granted.

It’s impossible to sum up the last months in a few words. I can’t wait to sit down and reflect on what I’ve done
Most of it doesn’t seem real yet, but then I see pictures like this and I know it really did happen
(Photo Claudio Scaccini) pic.twitter.com/Qv17KVuGuZ

“It’s incredible,” he said. “Now I’m going to have time to sit down and relax and really think back about the last few months.

“This morning on the first tee the announcement is the winner of The Open Championship, Race to Dubai leader, it doesn’t sound real at the moment.

“It’s more than I ever dreamed of achieving. I’ve seen guys that I think are better players than me not winning Majors and not winning Order of Merits or Race to Dubais. To achieve those things in one single season is just incredible.

“We’ve been doing very well this year when it comes to the challenges. I never won a Ryder Cup match and I won five out of five. Carnoustie was really not my favourite place, to say the least, before this year, and I go there and win.”

By a strange twist of fate, Molinari’s main rival for the Race to Dubai title was Tommy Fleetwood, the man with whom he formed a Ryder Cup partnership so successful it was given its own nickname – ‘Moliwood’.

Molinari was quick to pay tribute to Fleetwood, who ultimately came up short in his quest to overhaul him for the crown.

“It’s tough in a way because it would have been probably easier in a way to play against anyone else but Tommy,” he added. “I know how talented he is and I really thought at some point he was going to win it and put me in a tough spot.

“He’s obviously a great guy and a super talented player and I’m sure being younger than me, he’s going to win a few more Race to Dubais.

“It was challenging this week because obviously you try not to, but you are always keeping an eye on what Tommy is doing and I did it very well the first day. I think probably some adrenaline, as well, got me going a little bit more, and just hit a wall the last few holes and never really recovered from that.

“It’s been a very, very long season, travelling across the ocean a lot of times, and playing a lot of tournaments. I can’t wait to sit down and relax and really process what’s happened in the last few months.

“It’s going to take a while to get used to, but I’m looking forward at the same time to next year and I’m sure that there’s more good golf to come from me. Hopefully we will see already next year.”