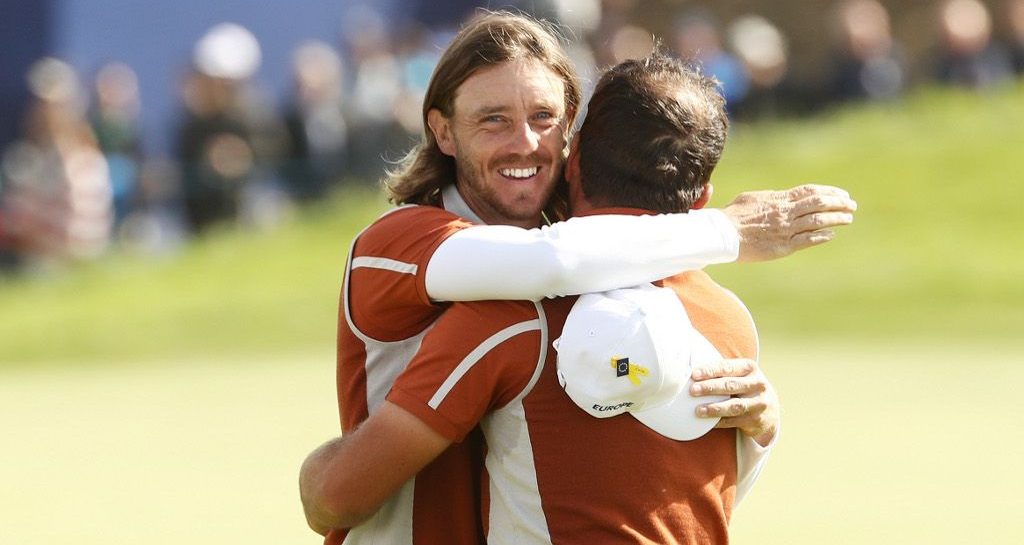 Ryder Cup heroes Francesco Molinari and Tommy Fleetwood have been grouped together for the opening two rounds of the Sky Sports British Masters at Walton Heath Golf Club.

The pair were hailed as conquering legends after winning all four of their matches together at Le Golf National, earning them the nickname ‘Moli-Wood’.

They are also the first European duo in history to achieve that feat.

Molinari went on to win his singles match against Phil Mickelson as well, fittingly providing his side with the winning point in the process.

The record-breaking pair will head to the first tee at Walton Heath at 12:25pm on Thursday along with Ryder Cup team-mate Thorbjorn Olesen, who also impressed with his resounding 5&4 victory over Jordan Spieth in Paris on the final day.

I just had the whole Gare du Nord singing our names together and I couldn’t hold the tears 😭 https://t.co/s1APJfZop5

The threeball will be followed by Europe’s winning captain Thomas Bjorn, who will head out with two of his assistant Ryder Cup captains in Lee Westwood and Padraig Harrington, two of the favourites to be named European skipper for the next contest at Whistling Straits in 2020.