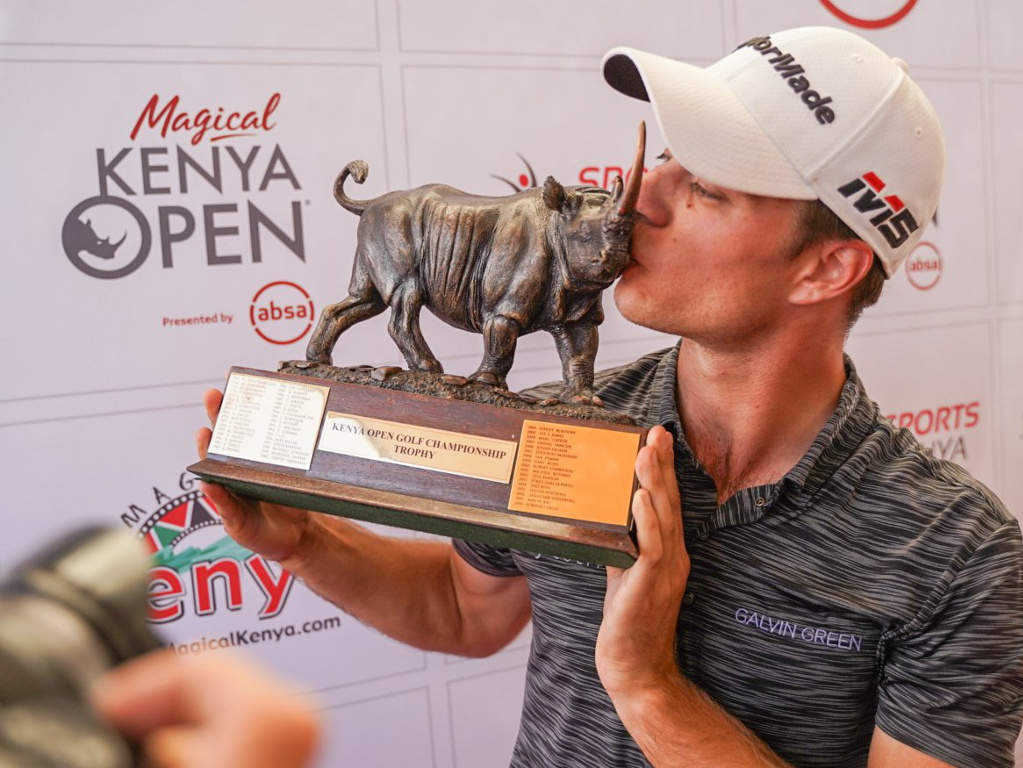 Guido Migliozzi clinched his maiden European tour title after sealing a one-shot victory at the Kenya Open on Sunday.

The Italian carded a final-round 69 and took the lead with a birdie on the 12th hole and held his nerve under pressure to finish one stroke ahead of join overnight leader Adri Arnaus.

The 22-year-old Migliozzi picked up his first winners cheque in his 14th European Tour event.

Spain’s Arnaus took 70 shots in the final round on Sunday to finish the tournament tied in second place with South Africans Louis de Jager and Justin Harding.

India’s Gaganjeet Bhullar, one of several leaders during a tight final day, finished fifth with a final round 69.

“I love playing with a lot of people looking at me and a lot of cameras.

“There was a lot of pressure on the course. After the birdie at the 12th I was leading but it was tough. I just kept patient towards the end, that was it.

“I enjoyed the last two days very much. The pressure was a lot and I’m happy about how I’m playing under pressure, also with my putting game that I worked a lot on.”

Thomas Bjorn, who captained Europe to victory in the 2018 Ryder Cup, finished tied in 12th place after a final round 66.