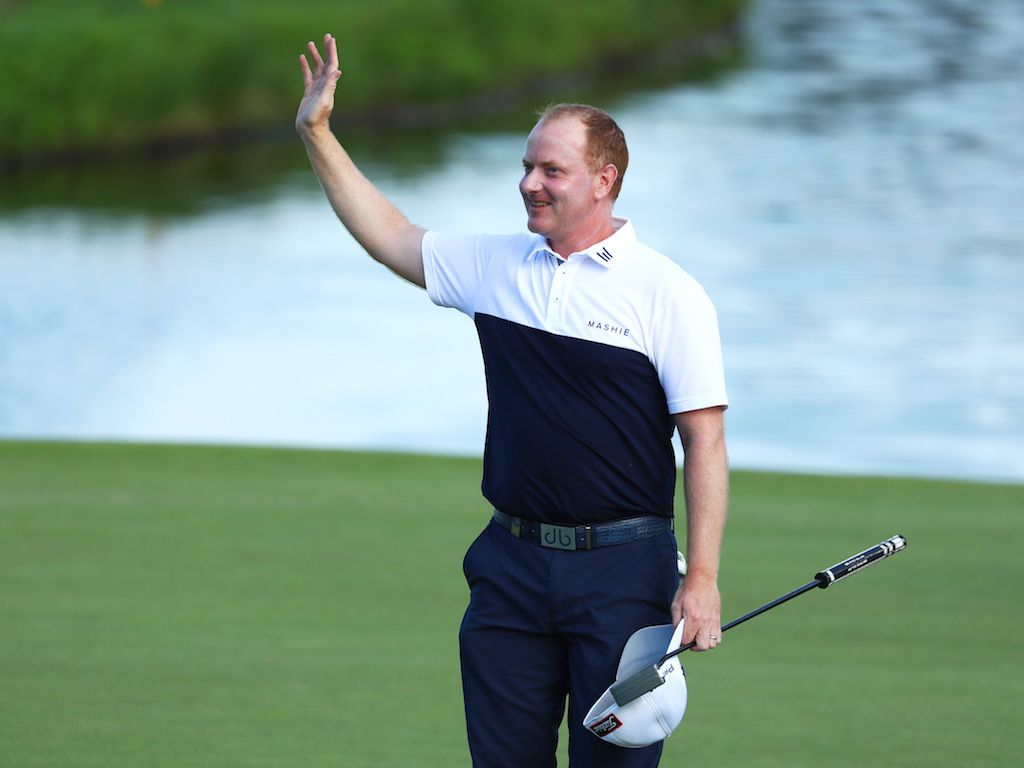 It took 285 starts but Richard McEvoy is now a European Tour winner after heroics on the 72nd hole of the Porsche European Open.

McEvoy held his nerve to sink a 20-foot putt at the 18th and snatch a one-shot victory from Renato Paratore, Christofer Blomstrand and Allen John at Green Eagle Golf Courses in Hamburg.

Bryson DeChambeau dropped five shots in his last four holes to ruin his chances of ending in the winner’s circle.

“I’ve waited a long time, 17 years as a pro on and off the Tour. I’m absolutely over the moon.

“I fought hard, I believed, and even at the last I overpowered my caddie to lay it up to give myself the best opportunity to make birdie and I managed to do it.

“I’ve tried to enjoy my golf as much as possible. Not that I haven’t been but I just needed to that little bit more and it’s just come up proper trumps.

“It started a couple of weeks ago, I played a pro-am at Queenwood and shot 64 – a course record and beat the likes of Rory, Justin Rose, Adam Scott and a few other boys and that was the start of the confidence kick, really.

“Last week was obviously another boost to the confidence and I’ve come good again this week.”

McEvoy is now the first player to win on the Challenge Tour and the European Tour in successive weeks.