McEvoy and Suri lead the way in Germany 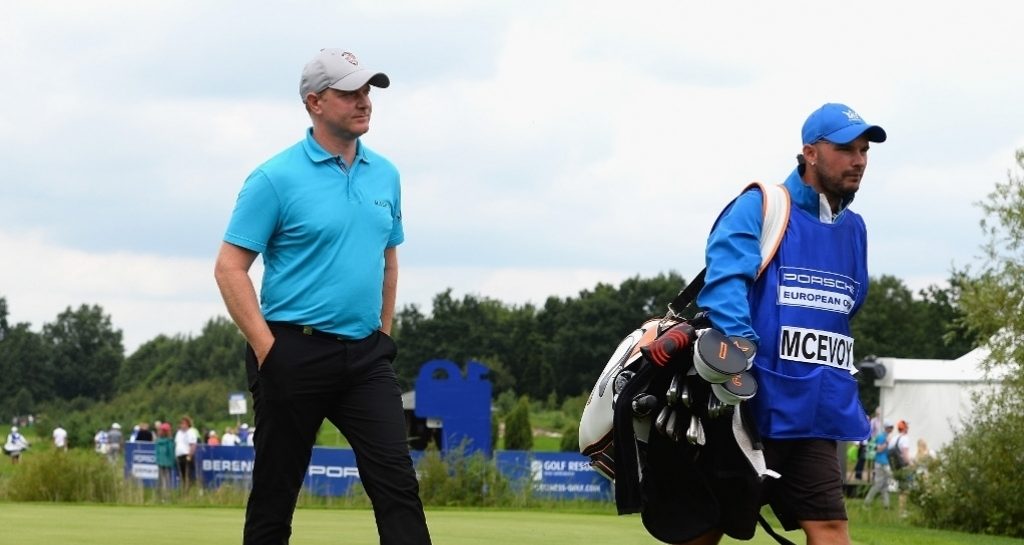 Richard McEvoy and Julian Suri lead the way on the opening day of the Porsche European Open in Winsen, Germany.

Englishman McEvoy made the most of the receptive conditions at Green Eagle Golf Course on Thursday morning to fire a bogey-free, six-under-par 66 and grab the early clubhouse lead.

McEvoy's mark still led the way at the end of the day's play, although American Julian Suri joined him at the top late in the day thanks to a 66 of his own. Suri added five birdies on the back nine to rocket up the leaderboard.

You can keep up on the latest odds for all these players and more with Live Matchbook Betting.

Among those on six under, two back, are Thailand's Kiradech Aphibarnrat, Patrick Reed, Craig Lee and Eduardo De La Riva.

Two more birdies at the second and seventh capped a very productive day for the 38-year-old.

Who said this course was just about the big hitters?

"I'm very pleased. At the start of the week (I thought) it's not really my style of golf course to be honest," said McEvoy, who is still searching for his first European Tour win.

"It's wet out there and I'm not the longest of hitters, I'm quite average on tour, but I did everything kind of right today. When I got myself in trouble I got out of it well and I took advantage of the holes where I was hitting wedges in, so a very pleasing start.

"Obviously winning in Scotland was great for me, confidence wise in particular it was fantastic – I hadn't won for twelve years – and nothing beats winning for confidence, so that was a nice thing to do.

"This week could be my last week depending on what happens here and I may concentrate the rest of the year on the Challenge Tour. It's kind of a do I or don't I kind of week really, so if I have a great week here then things might change but at the moment I'm going to concentrate on the Challenge Tour for the rest of the year being in such a strong position."

Schwartzel's round of 67 featured an eagle, four birdies and a single bogey – but it could have been even better. The South African hit the flag from 287 yards with his second shot on the par-5 ninth, narrowly missing out on an albatross.

"On 18 I hit a fantastic shot and then finishing off today on nine, I hit the flag again with two fairway woods and that doesn’t happen very often but you know I played well this morning," he said.

"I felt like early this morning was a bit difficult, and when we made the turn the sun came out, and balls starting going a little further, which you do need, on this golf course. It’s a monster."