Matt Wallace tames the conditions to lead in Beijing 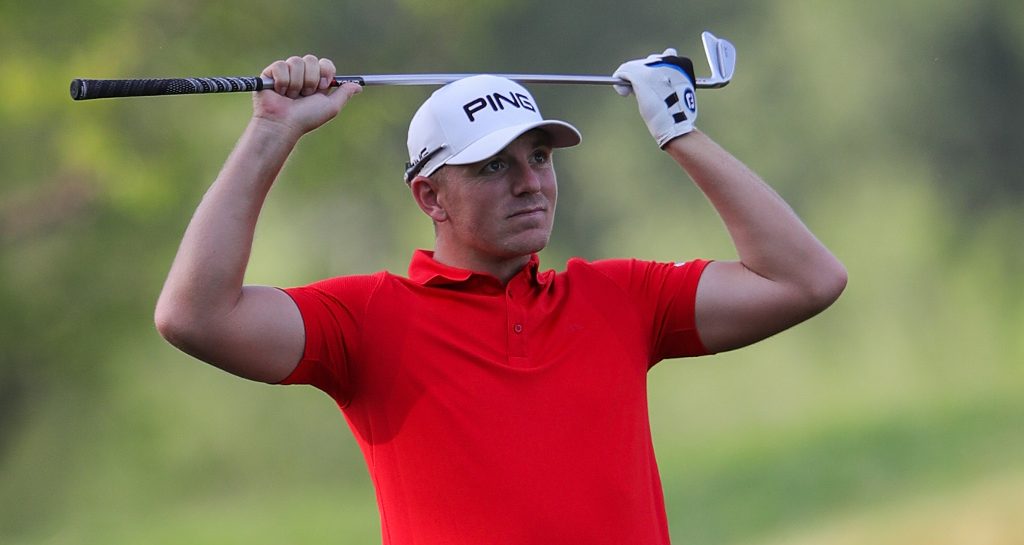 Englishman Matt Wallace holds a one-shot lead on nine under par after firing a two-under-par 70 at the Volvo China Open on Friday.

With the wind picking up at Topwin Golf & Country Club, scoring was much tougher than on day one, but Wallace was able to cope with the challenge better than most.

His round consisted of birdies at the second and 18th – the latter ensuring he would take the sole lead into the weekend – plus an eagle on the par-five eighth, with his only bogeys coming at the fourth and 17th.

With that @mattsjwallace will take the overnight lead in China. pic.twitter.com/5A05IEl54u

"It was tough all day, the wind picked up in the afternoon," Wallace said afterwards. "I was two under after eight holes and was just thinking we can get a couple more birdies on the back nine. But the wind just picked up and I could not get it close enough.

"There were a lot of guys on eight under par this morning and I tried to push on and widen the gap but the weather didn’t really allow me to score. Hopefully, the weather will be kind.

"I am playing nice golf so to be ahead with the tough conditions today is a nice feeling and I am going to bring that over to the weekend."

A shot back at eight under was Australian Jason Scrivener, Spain's Nacho Elvira and American Sihwan Kim.

Next sitting at seven under was, Spain's Jorge Campillo and Adrian Otaegui, Julien Guerrier of France and South Korean Soomin Lee.